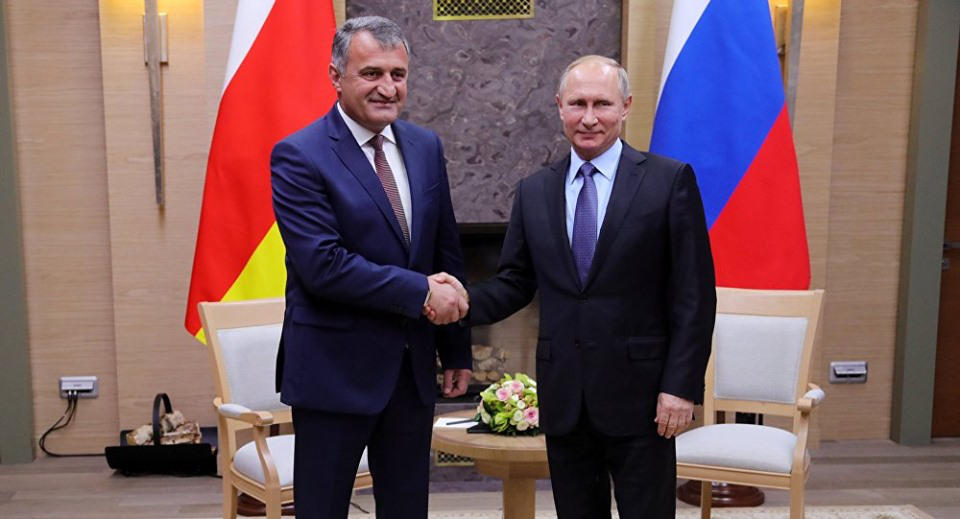 The de facto leaders of the occupied Georgian territories have arrived in Russia in order to attend the 75th anniversary of the end of WWII.

"The visit of the president of South Ossetia has started in Russia", - stated the press secretary of the so-called president Anatoly Bibilov, Dina Gasieva.

According to her, Anatoly Bibilov was personally invited by Vladimir Putin.

"The president of South Ossetia will hold working meetings and attend the ceremonies commemorated to the 75th anniversary of the end of WWII, upon the invitation of Vladimir Putin", - stated Gasieva.

According to local media, Anatoly Bibilov will do a 14-day quarantine after his comeback.

For the record, Russia is hosting the celebration parade commemorated to the 75th anniversary of the end of WWII.