Kazakhstan's breakthrough: the role of the First President N.Nazarbayev in the history of Kazakhstan (Ad) 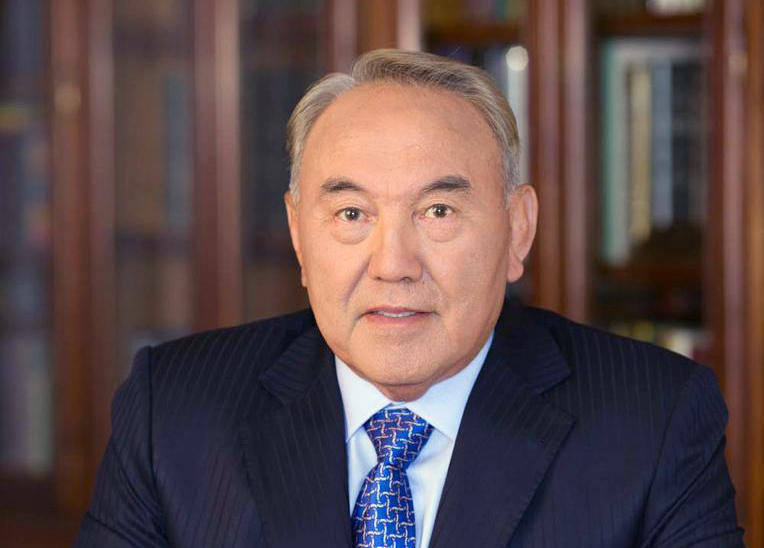 At the end of the twentieth century, Kazakhstan, like all post-Soviet countries having gained independence, began its way of state formation and modernization. It was a time of uncertainty and global turbulence, and the world community entered a new historical period. Globalization opened up great opportunities for cooperation, at the same time strengthening the interdependence and revealing previously unknown challenges, which already had a global, all-pervasive character.

In this "bustling" international context the formation of Kazakhstan took place, the first pages of the sovereign history of the country in the twentieth century were written. Today it is possible to imagine differently what could be the way of sovereign Kazakhstan, but in the history of the republic, the personality factor of its first Leader became crucial.

The first president of Kazakhstan, Nursultan Abishevich Nazarbayev, played in the history of the country the same large-scale role as such world-famous reformers as Ataturk in Turkey, Charles de Gaulle in France, Mahathir Mohamad in Malaysia, Li Quan Yu in Singapore, Deng Xiaoping in China and others.

Elected by the people to the highest state post on December 1, 1991, N.Nazarbayev became the First President of the young state. After the collapse of the Soviet Union, independent Kazakhstan had to respond to a whole complex of challenges to sovereign development. It was necessary, to begin with, the fact that the geographical position, squeezed in the center of the continent between the major powers and the unstable south, determined the complex geopolitical situation and limited economic opportunities. The Republic has inherited an extremely difficult economic, political, and socio-demographic situation.

Through the thorns of formation of an independent state under the leadership of its First President, young Kazakhstan has passed. Now that complex of challenges and limitations of the first years looks differently - many of them were transformed into opportunities of development. After a time, it is obvious that in the period of uncertainty the Kazakhstan leader managed not only to make bold decisions for his time but also to unite the nation in the crisis period and bring it to the new level of development.

At the beginning of independence, Nazarbayev was able to quickly develop his program of reforming all spheres of state development and successfully implement national modernization. He presented his own development formula "first economy, then politics", i.e. initially the country staked on economic development, and already on that basis the development of democratic institutions.

Today this practice is known as the "Nazarbayev model" or the Kazakhstan way. It is based on thought-out and step-by-step state construction, based on rational solution of priority tasks and aspiration for ambitious goals in the future.

In the early 1990s, the task was to rebuild the system of public administration, to form the basis of a market economy, and to integrate into the world community. During this period Kazakhstan carried out "triple transit" in economic, social, and socio-political spheres. All spheres of life have been reformed. Kazakhstan chose democracy as a model of political development. The state carried out deep economic transformations and formed the key mechanisms of the market economy.

Kazakhstan has declared itself to the world as a nation focused on peaceful development and has itself renounced the fourth most powerful nuclear arsenal inherited from the USSR. At that time, Kazakhstan made an unexpected move by developing a strategy for the long-term development of the State. In 1997, Nursultan Nazarbayev presented to the society a Development Strategy until 2030 with a detailed action plan for all spheres of life.

The welfare of society has improved while GDP per capita in the early 1990s was $700, by 2013 that figure had already reached $12,000. The quality of life has improved significantly, with the World Bank including Kazakhstan among the middle-income countries. Independent Kazakhstan passed through two world economic crises in 1998 and 2008-2009 without any tangible losses, which confirmed the strength of the young state, proving its viability.

A major achievement of the Republic at that time was the relocation and construction of the new capital of the state, which today bears the name of the First President - Nur-Sultan. The new capital has solved a whole complex of strategic tasks of state development and has become a symbol of the new historical era of our country.

During this time the country has made breakthroughs in the field of governance, political modernization, search for promising directions in the economy, and institutional reforms aimed at improving the efficiency of economic development.

In 2012, Kazakhstan was ranked among the 50 most competitive countries in the world. In the same years, in the Strategy, "Kazakhstan-2050" N. Nazarbayev presented a new ambitious goal of development - in a few decades to take a place among the 30 advanced countries of the world. This benchmark outlined the contours of the national idea of Kazakhstan, which laid the new logic of state-building for years to come.

Over the years, the republic has already shown its growth potential. Thanks to Nazarbayev's policy, Kazakhstan's GDP grew from US $22 billion to the US $184 billion. Efforts to develop conditions for business activity led to the fact that in the Doing Business rating of the World Bank the country rose from 86th place in 2005 to 25th position in 2019.

Over the years, many of the First President's ideas and initiatives have been implemented and are being consistently developed today. Kazakhstan became one of the key activists in the sphere of global nuclear safety, achieved several results in the peacekeeping policy and resolution of conflicts around Nagorno-Karabakh, Iran, Ukraine, Syria, and others. The Republic has launched and continues to develop a global interreligious dialogue on the basis of regular congresses of leaders of the world and traditional religions in its capital.

Kazakhstan's peaceful policy contributed to the country's election to chair the OSCE, SCO, OIC, non-permanent member of the UN Security Council in 2017-2019 and other international organizations. Nursultan Nazarbayev's Eurasian idea was implemented in the established Eurasian Economic Union. Kazakhstan became a member of the WTO, and thanks to the implementation of major infrastructure projects it has become an operator of growing trade flows between East and West Eurasia, running along land corridors through our country.

From the outset, the country's foreign policy has been constructive and based on the principle of multi-vectorism. The balance in relations with various geopolitical centers of the world allows Kazakhstan to maintain mutually beneficial partnership relations with Russia, China, the United States, the European Union, Central Asia and the Islamic world. Thanks to good relations with its neighbors, Kazakhstan for the first time in history has found clear, firm and documented borders, recognized by the international community.

As for the Kazakh-Georgian relations, which have centuries-old historical roots, it should be noted that they are developing very dynamically and fruitfully today. Our countries maintain a high level of political dialogue. Over the past two years, meetings and visits have been held at all levels, from our presidents and prime ministers to representatives of the public and business communities.

In September last year, Presidents Kassym-Jomart Tokayev and Salome Zourabichvil met on the margins of the UN General Assembly. They confirmed the high level of political dialogue and the absence of unresolved political problems between our countries, which certainly opens good prospects for economic cooperation.

During the official visit of the Georgian Prime Minister to Kazakhstan in May 2019, relevant issues of bilateral cooperation were discussed and points of contact identified. The parties noted interest in further development and strengthening of cooperation and partnership in all spheres of interstate relations.

Undoubtedly, the absence of political disagreements creates a good basis for the development of bilateral cooperation in trade and economic, transit and transport, investment, agricultural and other spheres of the economy. The trade turnover between Kazakhstan and Georgia in 2019 amounted to more than 70 million US dollars, which, however, does not correspond to the potential of the economies of our countries.

A big layer of cooperation in the cultural and humanitarian sphere. These are human relations, the visa-free regime has been established between our countries. At the beginning of the year, representatives of the Nazarbayev University, a leading Kazakh university with a rather high international rating, visited Tbilisi, inviting Georgian students and post-graduates to receive a quality education in Nur-Sultan.

I am also pleased to announce that for the first time in the history of bilateral relations, the great Kazakh poet, philosopher, and educator Abai Kunanbaiuly will speak Georgian: his poems have been translated into Georgian and the collection of poems will be published by the end of July. Abai Kunanbaiuly's poems have been translated by the talented poetess, a great friend of the Kazakh people, Chairman of the Union of Writers of Georgia Makvala Gonashvili. Thus, the friendly Kazakh-Georgian relations are actively developing and filled with new content.

The creation of its state is a turning point in the thousands of years long history of the people who have for centuries controlled the immense stretches of Central Eurasia. The boundary of XX-XXI centuries was marked for Kazakhstan not even by a break, but by a real tectonic shift. As a result of thoughtful modernization under the leadership of the leader, the country managed to make a "leap in time", i.e. very quickly, without hesitation, to move from one political-historical era to a new one, from one economic order to another.

Many years later, Nursultan Nazarbayev said, "...Kazakhstan has proved to itself and its nearest neighbours that it can achieve its goals, whatever their scale. Consistency, continuity in achieving strategic goals - this is what ensures our success, the sustainability of our development ...". All the logic and results of three decades of finding the First President at the head of Kazakhstan are contained in these short but meaningful words.

In 2019, Nursultan Nazarbayev again undertook historical responsibility. As part of the constitutional procedures, he transferred power to his successor Kassym-Jomart Tokayev, who later in the presidential elections gained the trust of the Kazakh people and now is the head of the republic. The policy of the second in the history of the President of Kazakhstan is based on the continuity of the policy of the founder of sovereign Kazakhstan.

Ambassador Extraordinary and Plenipotentiary of the Republic of Kazakhstan in Georgia