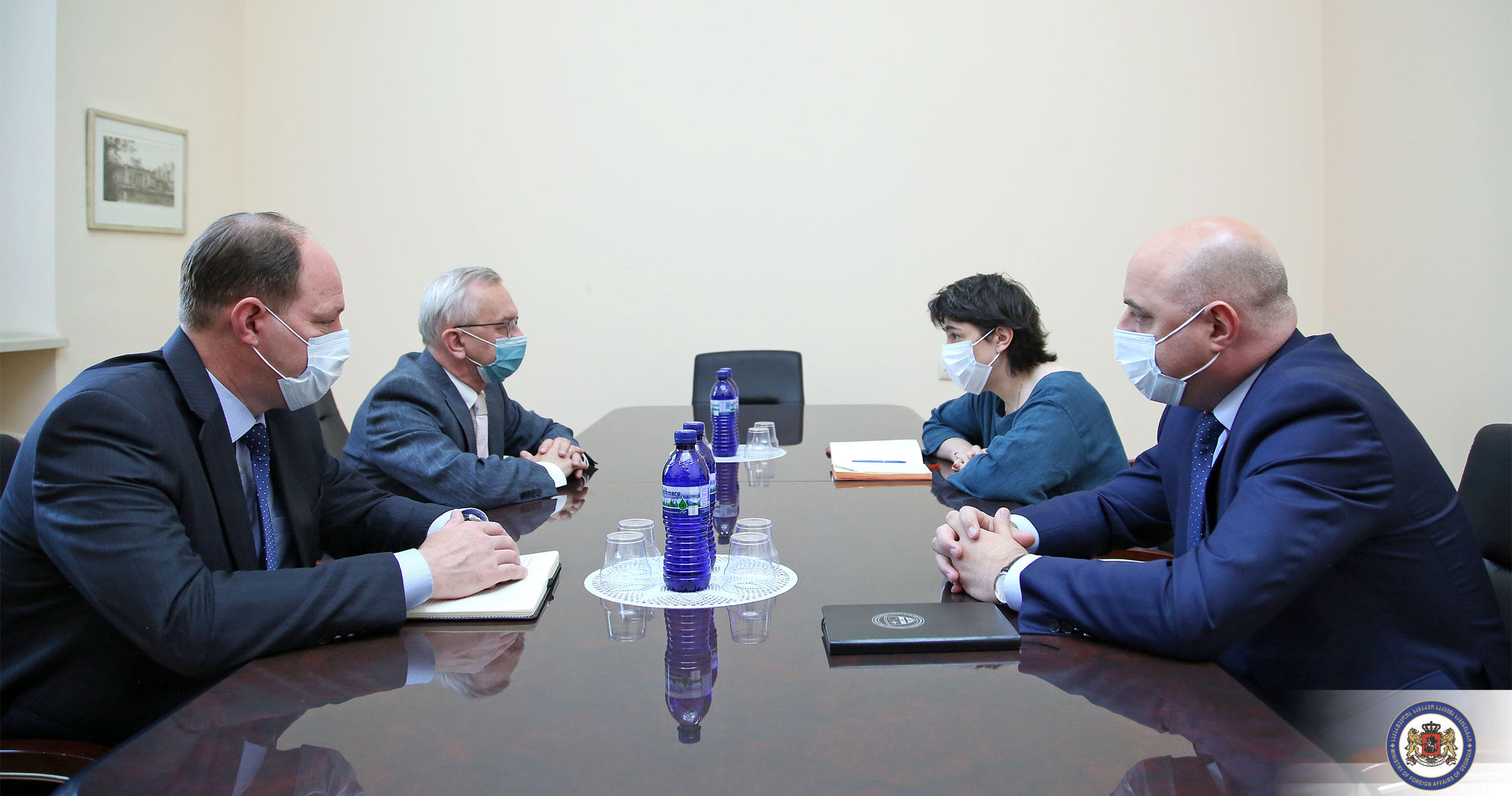 Ministry of Foreign Affairs of Georgia has held a meeting with Ambassador of Ukraine to Georgia, Igor Dolgov.

As the MFA told InterPressNews, the Georgian side once again emphasized the strategic relations and friendship between Georgia and Ukraine and as well as raised concerns about the unacceptable statements made by a Ukraine official towards Georgian authorities.

According to the MFA, it was noted at the meeting that such acts represent a violation of Georgian law and considerably damage the relations between the two countries.

The statement also reads that the Ministry hoped that the Ukrainian side will react correspondingly towards the act and both of the sides will direct their efforts towards the development of relations.

As the MFA reports, Ukrainian Ambassador expressed concerns about the fact and stated that he'll convey the position of Tbilisi to Kyiv.

For the record, Mikheil Saakashvili stated that Georgia does not have a government and that his fight will be decisive.

"My fight will be decisive and I will be at the forefront. I promise I will be holding your hands during Ivanishvili's defeat and Georgia's victory in October. This lawlessness, illegitimacy must be over. They are a gang of bandits. They are Georgia's enemies, traitors, and, of course, they are controlled by a foreign power. They are fulfilling the order of Moscow. i.e. to weaken, destroy and isolate Georgia,” Saakashvili said.