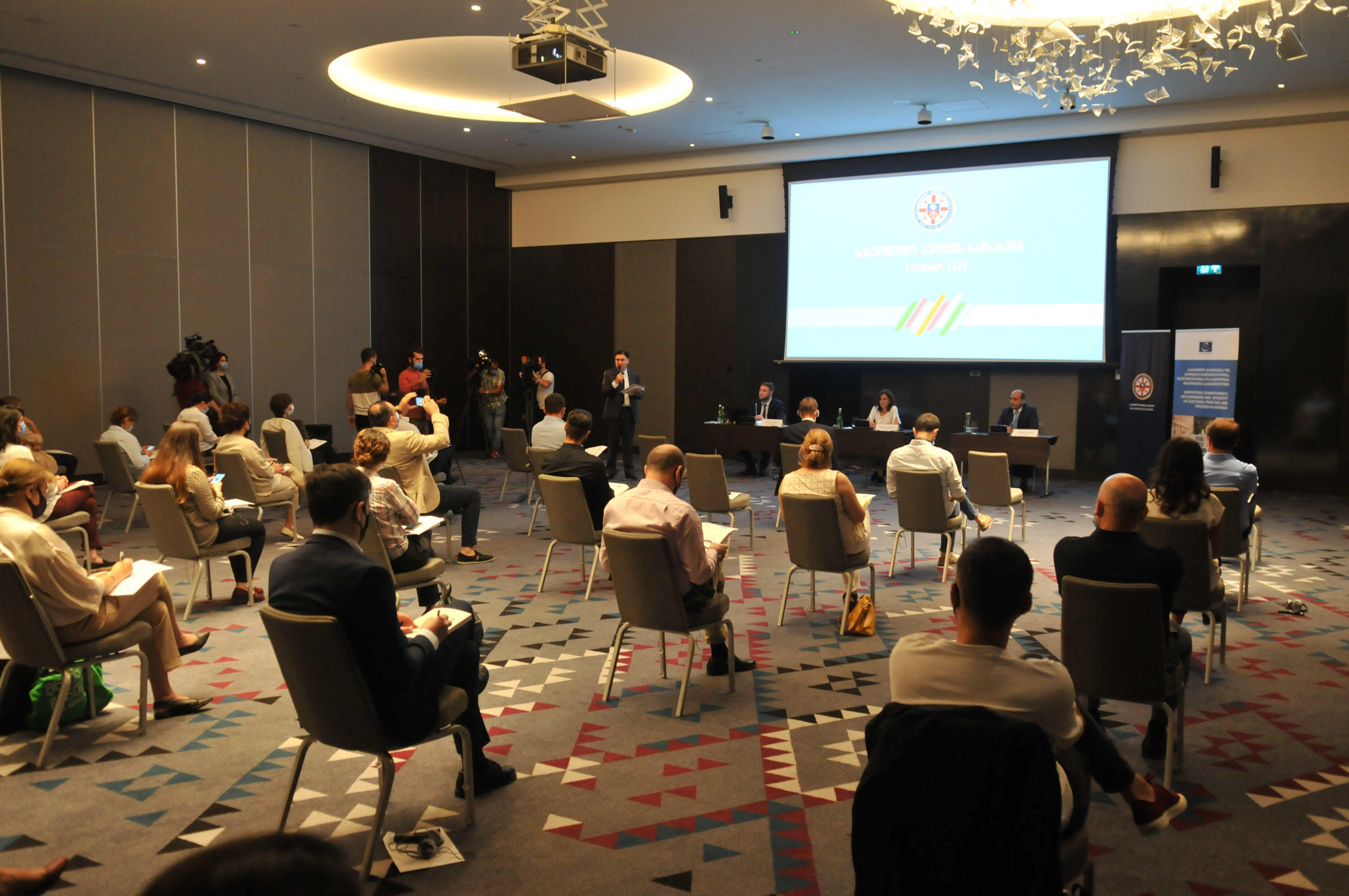 Information meeting with international and civil society organisations and media representatives took place in light of 2020 Parliamentary Elections, - reports the Council of Europe Office in Georgia.

According to the COE Office, the discussion touched upon current status of the financial monitoring of political finances and some important aspects of recent changes to the acting legal framework related to electoral campaign and political party funding.

"On 5 August representatives of State Audit Office of Georgia, international community, media and civil society discussed the status of the financial monitoring of political finances as well as recent changes to the campaign and political party funding regulations at the event organised by the Council of Europe in cooperation with the State Audit Office of Georgia and Political Finances Monitoring Department.

The conference was opened by Vahagn Muradyan, Deputy Head of the Council of Europe Office in Georgia and Irakli Mekvabishvili, General Auditor of the State Audit Office of Georgia. During the meeting the current status of the monitoring of political finances and preparations in light of upcoming 2020 Parliamentary Elections was presented to the audience.

At the meeting the updated public web-page of the Political Finances Monitoring Department, developed in cooperation with the Council of Europe, was launched. The web-page enables electoral stakeholders and general public to have a better access in terms of monitoring legality and transparency of political finances.

During the event participants were given the opportunity to discuss and exchange views on various aspects related to monitoring of political finances in light of upcoming 2020 Parliamentary Elections.

The event was supported within the framework of the project ‘Supporting Transparency, Inclusiveness and Integrity of Electoral Practice and Process in Georgia’", - reads the statement.