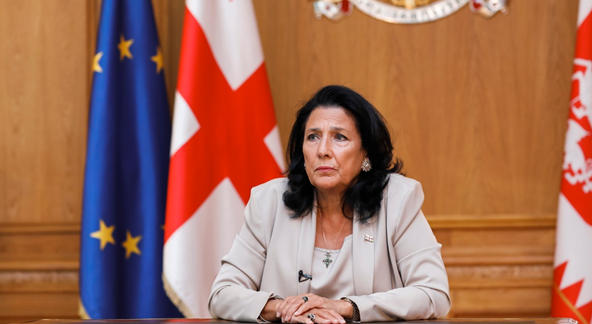 President Salome Zourabichvili has responded to the hostilities between Armenia and Azerbaijan and called the parties for peace.

“Very concerned with the resumption of hostilities between Armenia and Azerbaijan. We call for peace. Stability and peace in our region must be our common cause”, Zourabichvili tweeted.

Clashes have broken out between Armenian and Azerbaijani forces over the disputed Nagorno-Karabakh region, with at least one Azerbaijani helicopter shot down. Armenian PM Nikol Pashinyan said Azerbaijan had launched an air and artillery attack. Azerbaijan said it was responding to shelling along the whole front, and that civilians were killed and wounded.