Paata Zakareishvili: Detention of Melashvili and Ilychova is 100% political; it's part of pre-election campaign 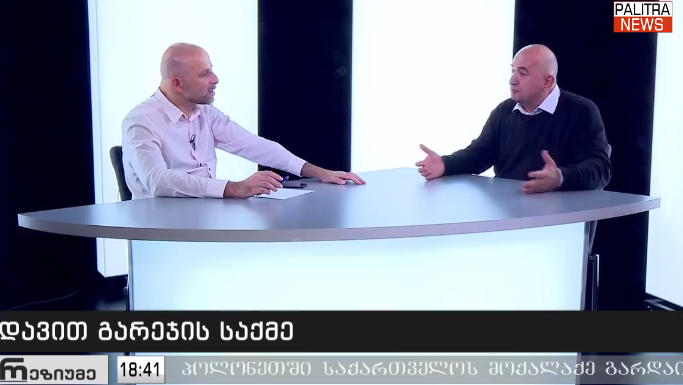 According to the former State Minister for Reconciliation and Civic Equality, Paata Zakareishvili, former members of the Georgian-Azerbaijani border delimitation-demarcation commission, Iveri Melashvili and Natalia Ilychova, are detained on political grounds.

As Zakareishvili stated in the TV program "Reziume" of "Palitranews", the arrest of Ilichova and Melashvili is part of the pre-election campaign of the ruling team.

"This arrest is unequivocally and 100% political. This is part of the election campaign. It has nothing to do with Gareji. On the contrary, it damages the Gareji theme. The issue of Gareji has not been resolved yet and does not seem to be resolved for long because demarcating the border is not easy. Moreover, the border between friendly states is not decisive, there are other topics which unite friendly and neighboring states, and usually at such times, the delimitation of the state border is not a problem. It should not damage relations between states. Why do we need to escalate the situation with Azerbaijan? There is no answer for this but politics. In the pre-election campaign, unfortunately, the Georgian Dream failed to realize that it should not use the important and centuries-old topic of Gareji, especially considering that this election is not the most decisive. It will only become decisive in 2024", - Zakareishvili said.