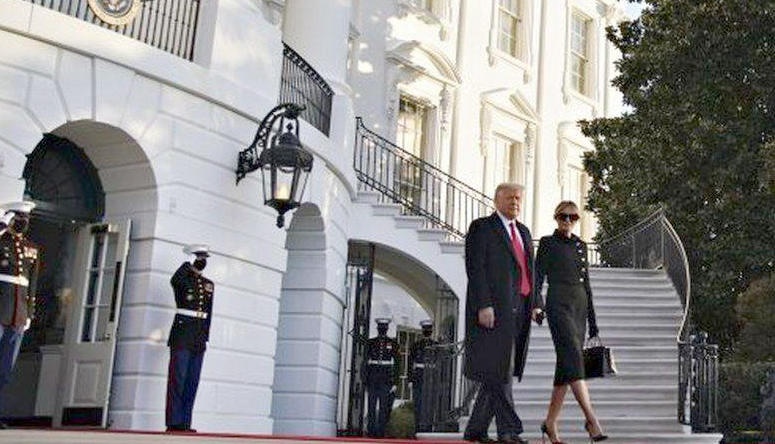 Donald and Melania Trump have left the White House for the last time, boarding the Marine One helicopter.

In his speech, President Donald Trump said it had been the "greatest honour" to be president.

Addressing supporters, he said he would "always fight for you" and would be "watching and listening" and pledged to be back in some capacity.

He also wished the new administration "great success" for the future - but did not address Joe Biden or Kamala Harris by name.