'More than 3,000 detained' in protests across Russia 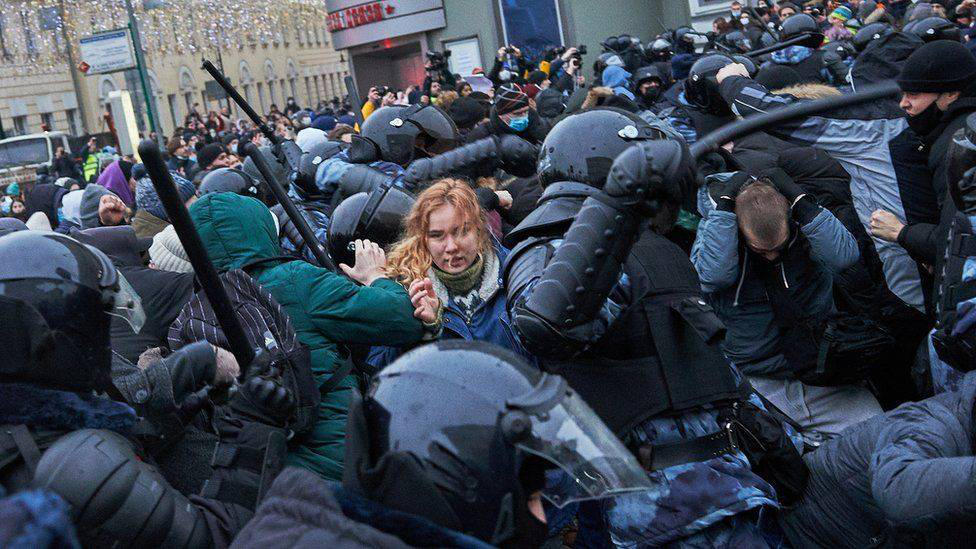 Russian police have detained more than 3,000 people in a crackdown on protests in support of jailed opposition leader Alexei Navalny, monitors say.

Tens of thousands of people defied a heavy police presence to join some of the largest rallies against President Vladimir Putin in years.

In Moscow, riot police were seen beating and dragging away protesters.

He was detained after he flew back to Moscow from Berlin, where he had been recovering from a near-fatal nerve agent attack in Russia last August.

On his return, he was immediately taken into custody and found guilty of violating parole conditions. He says it is a trumped-up case designed to silence him.

OVD Info, an independent NGO that monitors rallies, said about 3,100 people had been detained, more than 1,200 of them in Moscow alone. The Kremlin has not commented.