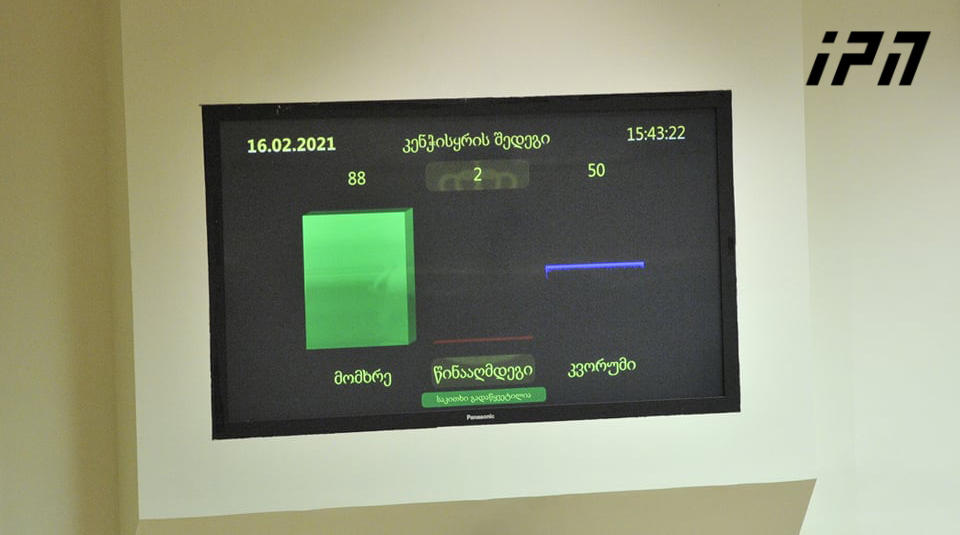 Parliament supported the suspension of MP Nika Melia's parliamentary immunity. The legislators, in their decision, gave consent to the appeal of prosecutor's office to apply to court to use detention as a measure of restraint against Melia.

The relevant resolution was adopted by 88 votes, which was preceded by the consideration of the Prosecutor General's motion. 2 MPs voted against.

Nika Melia was charged under Article 225, Parts 1 and 2 of the Criminal Code of Georgia for leading and participating in the June 20 case of group violence and was sentenced to 30,000 GEL bail as a measure of restraint as well as "an electric bracelet", which Melia removed as a sign of protest at the rally after the October 31 elections. As a result, the court increased the bail amount to 70 thousand GEL due to violation of the conditions of the measure of restraint. Accordingly, he was ordered to pay an additional 40 thousand GEL, which the chairman of the "National Movement" refused to pay.