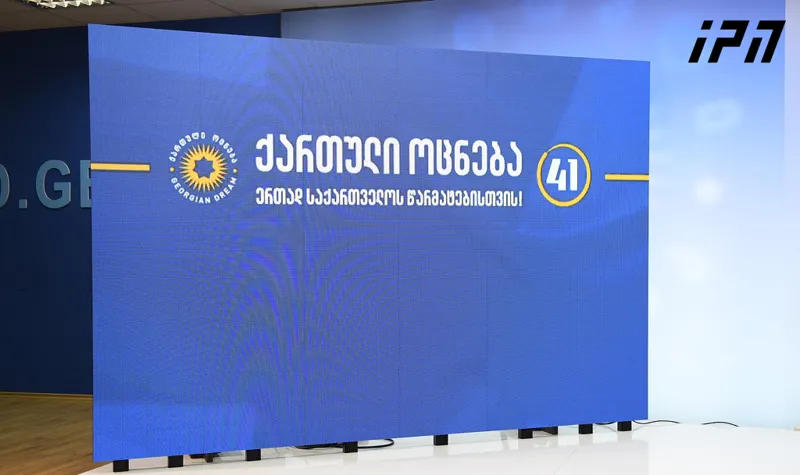 According to the party, the fabrication of the recordings seems to be a careful and long work, saved "for the right moment".

"Yesterday, one of the party televisions released the fabrication of illegal recordings made in 2010-2011. The fake conversations consist of words and phrases taken from dozens of recordings that covered a period of at least few months. This is a gross fabrication of conversations between two individuals illegally recorded during the rule of the National Movement (before Bidzina Ivanishvili’s entry into politics). The sides of the conversation are Irakli Gharibashvili, president of the Cartu charity fund, and minor Bera Ivanishvili. By expressing such despair, they are destroying themselves even more, because the use of such, Soviet, "KGB" methods is absolutely immoral and unacceptable in the civilized world. Illegal eavesdropping, use and fabrication of conversations, violence, murder and similar things are the handwriting of the National Movement. As for the Georgian Dream and its leaders, they have not used similar methods either before or after entering politics.

The fabrication of the recordings seems to be a long and careful work, which they had been saving "for the right moment."

Two days ago, a very positive assessment of the 2020 parliamentary elections was published by the OSCE/ODIHR. At the same time, President of the European Council Charles Michel took on the role of mediator, which, naturally, should have been a guarantee of de-escalation of the process and continuation of negotiations in a constructive mode. It seems that these factors and the goal of disrupting the negotiations led to the publication of the falsified recordings. The radical opposition wants to use these recordings as an excuse to refuse to negotiate, and we see a new campaign by them that has no prospects for one simple reason - it is based on fraud.

Despite their actions, the Georgian Dream will never give up its constructive and state-oriented attitudes. Accordingly, we are ready to continue the dialogue, which is a call made by our international partners as well," reads the statement.