According to Irakli Antadze, the possibility is being considered for family members to visit Zaza Gakheladze 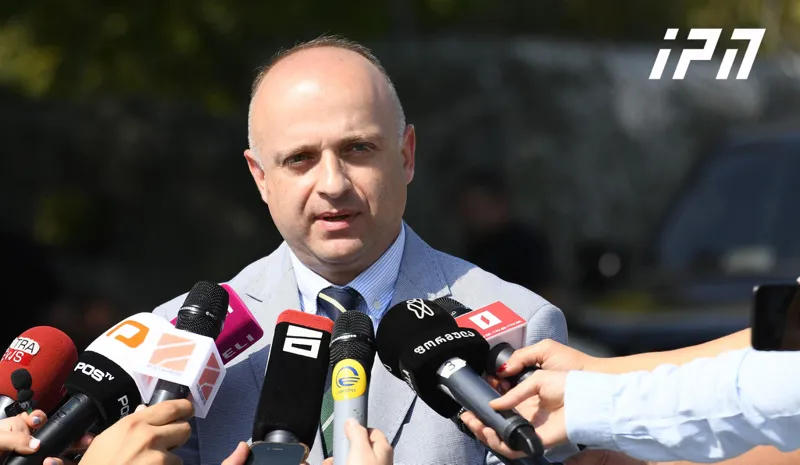 In the village of Ergneti near the dividing line, the 100th meeting in the format of the Incident Prevention and Response Mechanism has ended.

At today's meeting, the representatives of the central government of Georgia raised several issues for discussion, including the release of illegally detained Georgian citizens, the illegal so-called borderization process, which has entered an active phase recently, and all significant incidents along the occupation line.

As for Zaza Gakheladze and other persons illegally detained in occupied Tskhinvali, Irakli Antadze, Deputy Director of the Information-Analytical Department of SSG, says that the consultations are continuing and concrete steps are being taken at different levels.

"I want to emphasize once again that I can not go into details so as not to damage the process, but consultations on this issue are ongoing, and the very fact that consultations are ongoing says a lot. The family members will be able to visit Zaza, as I told you, this possibility is being considered, details are not yet known, however, this idea has received feedback and I hope that in the near future more details will be known about the visit date and number of visitors.

Involvement of senior political officials in this issue shows an unprecedented interest in the fate of illegally detained persons, therefore, concrete steps are being taken at various levels, I mean through diplomatic channels, so that this issue is not delayed in time", - said Irakli Antadze.

OSCE Secretary General Helga Schmid and the Head of the EU Security and Defense Policy Department also attended today's meeting in Ergneti in the format of the Incident Prevention and Response Mechanism.