Lelo for Georgia and Droa sign document on coalition cooperation 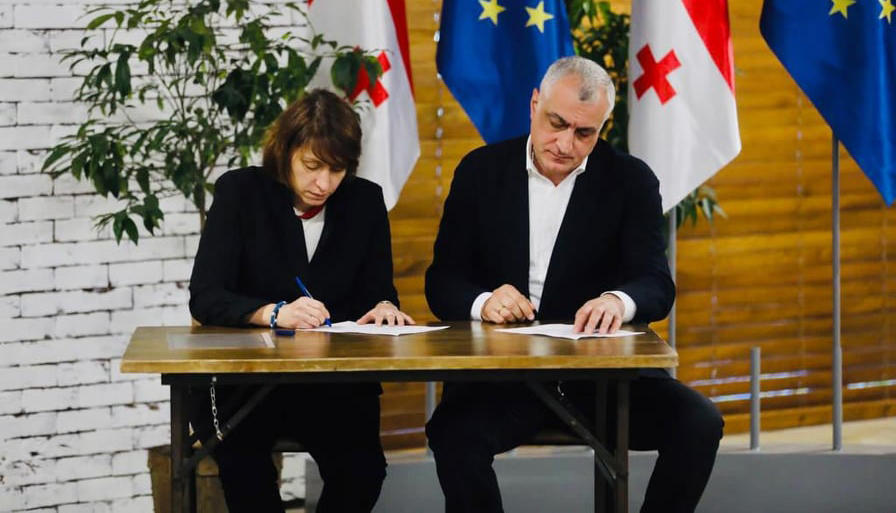 The leaders of the Lelo for Georgia and Droa signed a document on coalition cooperation.

As Mamuka Khazaradze, the leader of Lelo, noted, Droa and Lelo created a united front, platform, in order to take the country out of 30 years of one-party rule.

"Due to the difficult situation in the country caused by 30 years of one-party rule, lack of democratic institutions in the country, stagnant economy, unemployment and many other problems, it is necessary to break through and consolidate all forces that are pro-Western and Georgian. Droa and Lelo are creating a united front, platform, in order to unite all pro-Western forces with common sense, who want to get the country out of this situation and create a pro-Western, coalition government once and for all. One person and one party should not have the luxury of deciding how to live in Georgia. This is the result of the consultations we had with Elene Khoshtaria and her teammates, and our goals and objectives coincide. We will be the guarantor that will not allow one-party rule.

I'm glad to sign this document, which will be a turning point document.

In 10 days, if we all realize that the coalition, diversity has no alternative, then this is the moment when all of us must take responsibility, go to the polls and oppose one-party rule with multi-party rule," Khazaradze said.