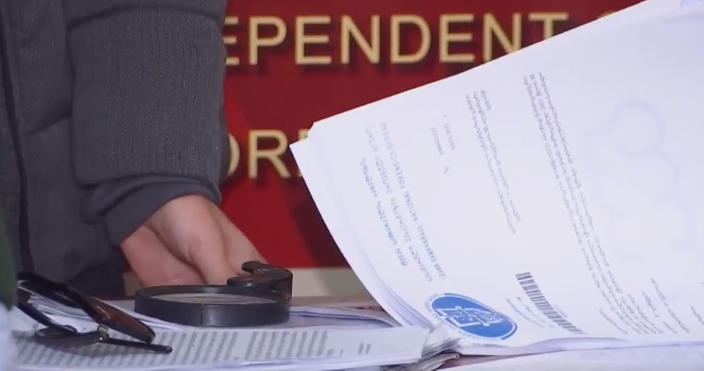 Alexander Gejadze, an expert hired by TV Pirveli, agrees with the report prepared by the National Forensics Bureau on the case of Lekso Lashkarava.

As Gejadze explains, the fatal outcome was caused by acute cardiovascular and respiratory failure developed as a result of heroin intoxication.

"Personally, in this particular case, I came to the final conclusion that the cause of Lekso Lashkarava's death was general intoxication due to heroin use, which resulted in severe cardiovascular and respiratory failure. Consequently, taking these factors into account, we got a tragic outcome — a fatal outcome. I would like to point out that chemical examination of blood and urine did not reveal alcohol, sleeping pills and psychotropic drugs. Urine examination revealed marijuana substance, tetrahydrocannabinol, as well as antiepileptic drug," said Gejadze.

"Due to the high interest, video and photos were taken at the initiative of the investigation. The process of macroscopic examination of the corpse was actively attended by me and a GYLA lawyer and representative with whom we had verbal communication. I made relevant explanations on all key issues," Gejadze said.

We would like to remind you that the Levan Samkharauli National Forensics Bureau has prepared a report on the case of TV Pirveli cameraman Lekso Lashkarava. The mentioned conclusion was received by the Ministry of Internal Affairs from the National Bureau of Expertise on December 30, 2021. According to the agency, the conclusion on the death of Lekso Lashkarava was attached to the ongoing criminal case.

According to the conclusion of the National Bureau of Expertise, the cause of death of Lekso Lashkarava is acute cardiovascular and respiratory failure developed as a result of intoxication with the drug heroin.