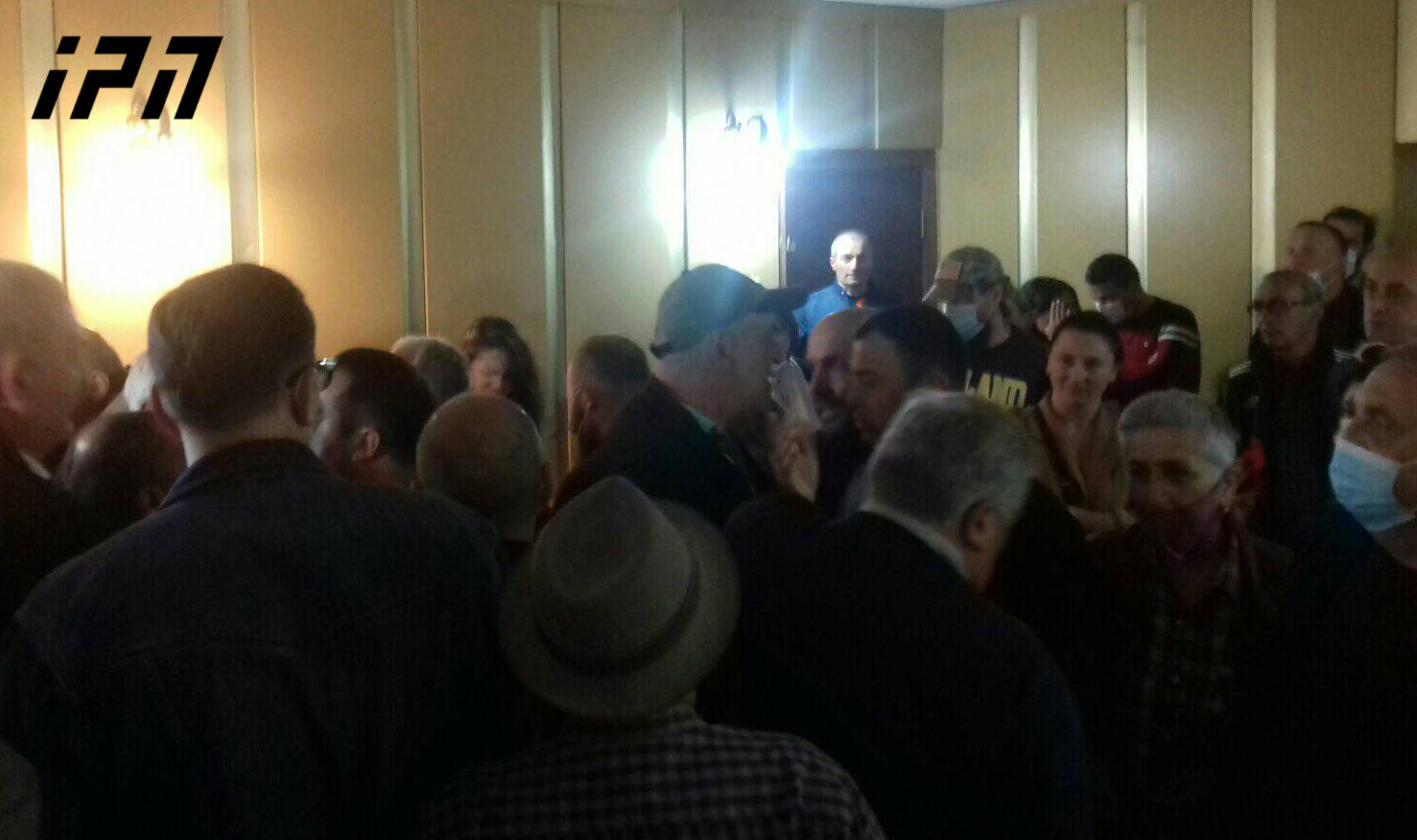 There is tension at the Ozurgeti City Council sitting, where the issue of the ongoing City Hall reorganization is to be discussed. Tatia Nikolaishvili, a member of the United National Movement, protested against the reorganization, saying that people were being fired on political grounds.

According to the members of the Georgian Dream, the opposition wants to start a war in Georgia.

After one of the deputies addressed Tatia Nikolaishvili with obscene words, a verbal confrontation started, which turned into a physical confrontation.

"They are behaving so rudely, they are insulting our deputies, they have started swearing, they are provocateurs. They are swearing at the deputies who came to the City Council, they are shameful. I am proud to have defended this country during the Russian aggression in 2008, unlike them. Ozurgeti does not deserve such shameful and criminal deputies," said Beso Katamadze, a member of the United National Movement.

Police are mobilized on the spot.