Joe Biden: Putin has been counting on from the beginning that somehow NATO and the G-7 would splinter, but we haven’t, and we’re not going to 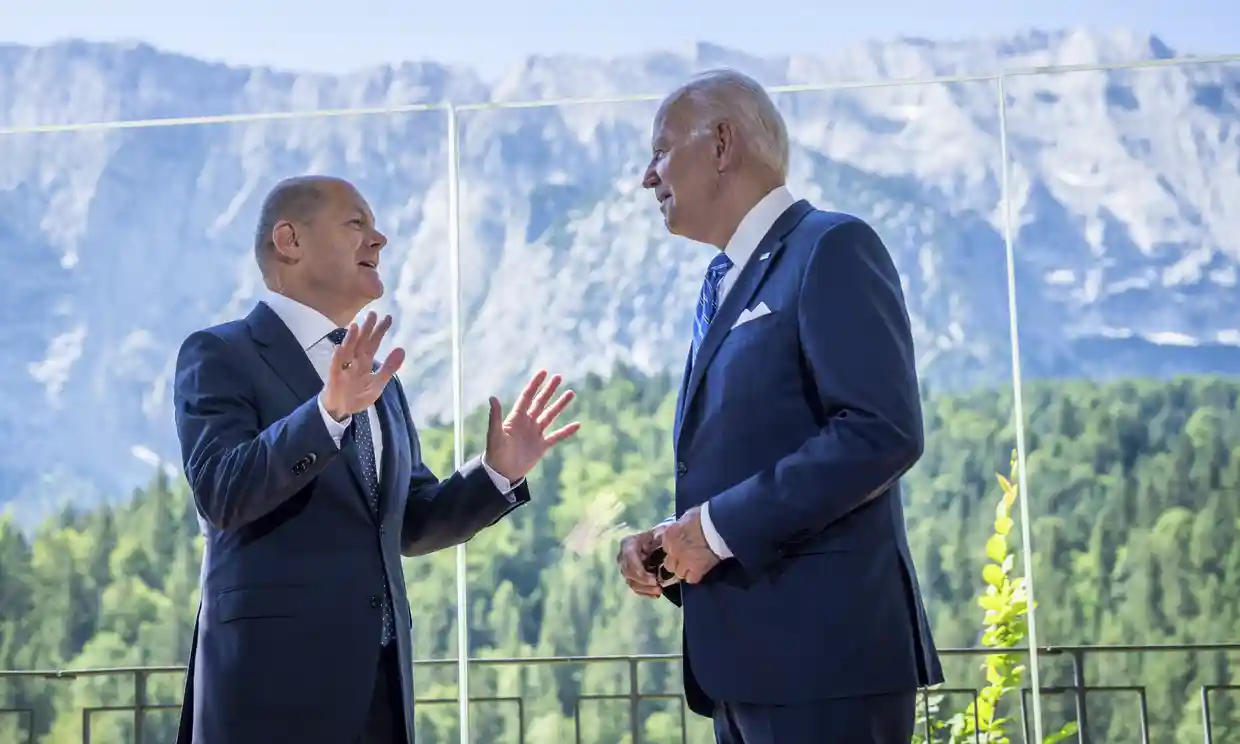 President Biden and his counterparts in the Group of Seven nations are announcing a ban on new imports of Russian gold in an attempt to further isolate the country from financial markets and punish Russian President Vladimir Putin for the invasion of Ukraine.

The ban on gold imports, which could amount to a penalty of tens of billions of dollars, appeared to be the primary new economic sanction to be imposed on Russia out of the summit. Administration officials declined to comment on whether other punitive steps would be taken.

“The United States has imposed unprecedented costs on Putin to deny him the revenue he needs to fund his war against Ukraine,” Biden tweeted Sunday morning. “Together, the G-7 will announce that we will ban the import of Russian gold, a major export that rakes in tens of billions of dollars for Russia.”

Biden and other leaders of industrialized nations will meet in Germany from Sunday until Tuesday for a summit that is set to be dominated by discussions about the fallout from the war in Ukraine.

Biden, who arrived late Saturday night, attended Mass with a priest from the U.S. Army before starting his day at the summit with a bilateral meeting with German Chancellor Olaf Scholz to discuss the war.

The two leaders made small talk as Biden, silhouetted by the Alps, quipped that he used to ski a lot but had not done so in some time. “It’s beautiful,” he remarked several times.

They sat and then turned more serious, with Biden thanking Scholz for Germany’s resolve and his ability to keep the alliance united. “We have to stay together. Because Putin has been counting on from the beginning that somehow NATO and the G-7 would splinter,” Biden said. “But we haven’t, and we’re not going to.”