Irakli Gharibashvili: Georgia deserves the status of a EU candidate country, which will eventually bring us membership and make the dream of generations a reality 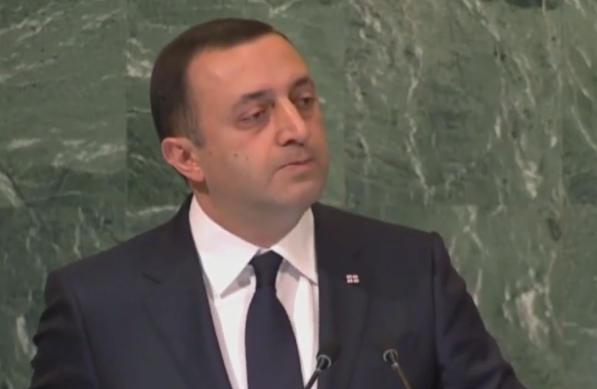 Increased Euro-Atlantic and European integration is our way to return to the family of European nations, with whom we share history, culture and, most importantly, values, Prime Minister of Georgia Irakli Gharibashvili said in his speech delivered at the 77th session of the United Nations General Debate.

As the head of government noted, Georgia continues to move towards European and Euro-Atlantic integration.

"Since our team came to power in 2012, we have been implementing an ambitious reform agenda that has brought us closer to key international partners - the European Union, the United States, NATO and the United Nations. For the first time since gaining independence, Georgia has experienced an unprecedented decade of peace, prosperity and stability. We are continuously working on the global positioning of Georgia and we are already seeing the results”, the Prime Minister said.

According to him, along with getting closer to the United States and Europe, Georgia makes efforts to continue democratic transformation.

“Increased Euro-Atlantic and European integration is our way to return to the European family of nations with which we share history, culture and, most importantly, values.

We continue to move on a unequivocal path towards European and Euro-Atlantic integration. Commitment to these goals is based on the actions implemented and real results achieved, including the Association Agreement, deep and comprehensive free trade space and visa-free travel regime with the European Union", said Irakli Gharibashvili.

According to the head of the government, the opportunity of joining the European Union is a strong motivation for Georgia and its citizens.

"This year we applied for full membership of the European Union.

The historic decision of the European Council on granting a European perspective to Georgia set new targets”, said the PM.

According to him, the opportunity to join the European Union is a strong motivation for Georgia and its citizens.

The inclusive process ensures the full involvement of all branches of government, as well as opposition parties and civil society. For all priority directions, working groups have been created with the participation of all relevant stakeholders and parties. We are making progress even quicker than planned.

I want to clearly state that Georgia deserves the status of a candidate country of the European Union, which will eventually bring us membership and make the dream of generations a reality", said Irakli Gharibashvili.