NGOs : Dismissal of leading journalists at Rustavi 2 is actually a change of the editorial policy of the channel 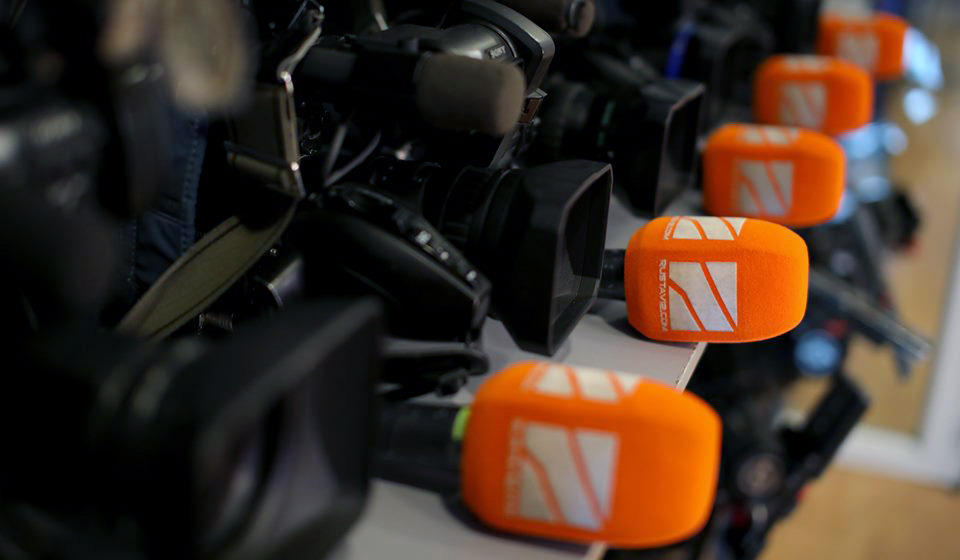 It is undoubtable that the dismissal of leading journalists at Rustavi 2 on vague grounds is actually a change of the editorial policy of the channel, – a group of NGOs said in a joint statement on Tuesday evening.

“We, the undersigned organizations, want to express our concern about the staff changes in Rustavi 2 TV that were announced and carried out by its new owner. Paata Salia, the new General-Director of Rustavi 2 TV, dismissed Nodar Meladze, the Head of TV's News Department, and TV anchor Nanuka Zhorzholiani. Moreover, Eka Kvesitadze, Giorgi Gabunia and Giorgi Laperashvili, the Deputy General-Director, will be fired as soon as they return from vacation,” the statement reads.

“It is noteworthy to mention the statement made by Nodar Meladze, according to which he was contacted through a middleman with a message from Bidzina Ivanishvili which requested support in changing the editorial policy of Rustavi 2. According to Meladze, him turning down the request was the basis for his dismissal. Nanuka Zhorzholiani’s dismissal took her by surprise. According to Zhorzholiani, Salia discussed with her the plans for the upcoming season the day prior to her dismissal. She notes that the General-Director’s decision to fire her is politically motivated.

It is known that the TV’s new management hasn’t even paid Nodar Meladze and Nanuka Zhorzholiani their salaries, which can be considered as an attempt at indirect intimidation.

The new management of Rustavi 2 TV has recently made repeated statements about the dire financial situation of the channel, which has contributed to the fostering of an unsustainable environment for the company and journalists. On the other hand, the new management decided to fire TV anchors that are highly popular in the Georgian media landscape. This further intensifies suspicions about the political motivations of the actions of the new management. Moreover, the critical editorial policy of Rustavi 2 might have served as an additional reason for the management to make such an abrupt decision,” the statement reads.

The NGOs believe, it’s undoubtable that the dismissal of leading journalists at Rustavi 2 on vague grounds is actually a change of the editorial policy of the channel.

“It is clear that the developments around Rustavi 2 have a negative effect on the media environment in Georgia and that it will also negatively impact the freedom of the press, as well as the democratic development of the country,” the statement reads.