Kakha Kaladze : Implementation of the Anaklia Project should not be done at the expense of the state and our citizens 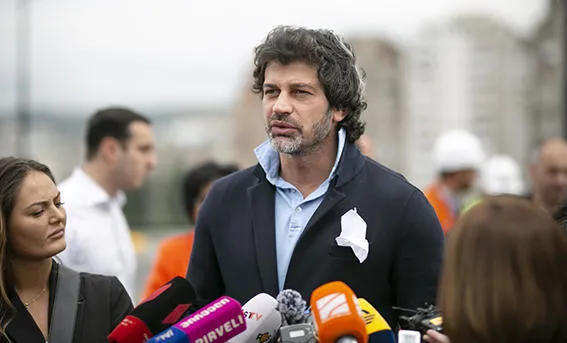 Implementation of the Anaklia Port Project is very important, but it should not happen and cannot be done at the expense of the state and our citizens, - Tbilisi Mayor Kakha Kaladze said on Tuesday.

The Mayor of Tbilisi talked about leaving the Anaklia Development Consortium by Conti Group. When asked to comment on TBC Bank co-founder Mamuka Khazaradze’s statement that they left the Consortium due to the pressure from the authorities, Kakha Kaladze stated that he ruled out this fact.

“I don't know who they were communicating with. Perhaps with the relevant ministries, however, I really rule out the pressure. The pressure could have been put in order implementation of the project to be accelerated, since I reiterate that implementation of this project is too important for us, for the country, but it should not happen and cannot be done at the expense of the state and our citizens, "the Mayor of Tbilisi said.