Philip Breedlove: “What I would say to Georgians is keep working on your democracy, don’t give any nation in NATO concern about that” 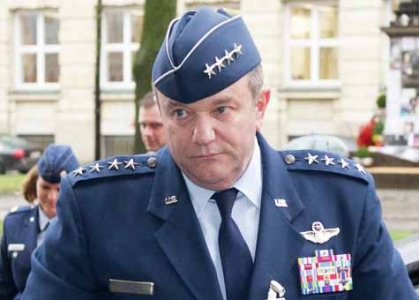 From a military perspective Georgia has met every criteria and has demonstrated their willingness and their capability and they have supported NATO operations, there is nothing militarily holding Georgia short, - Philip Breedlove, who served as a commander of NATO Allied Command Operations, said in an interview with IWPR (Institute for War and Peace).

According to him, Georgia gave more soldiers to the Afghan operation than anyone and Georgia lost more soldiers on a pro-capita basis.

Philip Breedlove spoke about Georgia’s capacity to produce every kind of weaponry, except nuclear, and noted that he would never tell a sovereign nation what to do and what not to do. “I don't think that's the right thing, but what I would suggest is Georgia has already demonstrated that there are some things that it does extremely well. I mean your infantry soldiers in Afghanistan were absolutely superior, they came and worked alongside of our US forces with no caveats; they would go anywhere and do anything that the Americans did and they were brave and capable soldiers. And so what I would choose is some of those niche capabilities that are things near to what you are already doing, increase capability in your infantry, maybe mechanized… as opposed to more grandiose.”

When asked: “Would you go as far as to say that that's such a huge deterrent that unless the conflicts are solved, there’s no tangible hope for Georgia to enter the alliance?”, Philip Breedlove replied: “I think the situation in Russia is going to change, it's going to change. I think that we should remain optimistic and that Georgia needs to remain ready in a military sense and in a political sense. I think that militarily Georgia has already met all my expectations, politically there are some obstacles to overcome because of the occupied lands. What I would say to Georgians is keep working on your democracy, don’t give any nation in NATO concern about that.”