IDF chief : Israel is prepared to defend from an escalation from the ground, air and sea 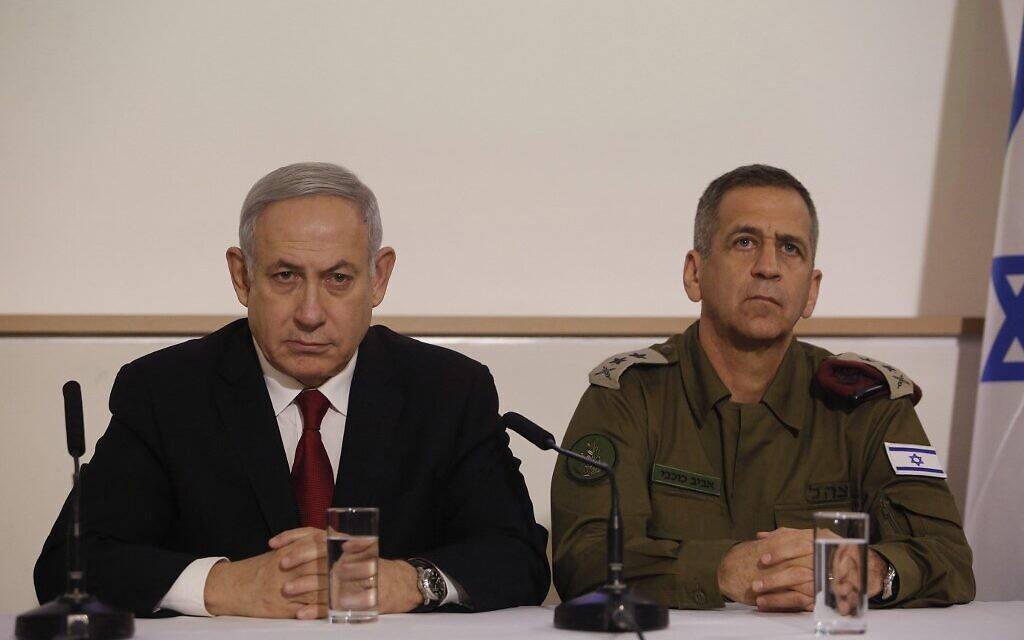 Israel is not interested in an escalation but we will do everything necessary to protect ourselves, Prime Minister Benjamin Netanyahu said in televised remarks given alongside IDF Chief of Staff Aviv Kohavi and Shin Bet chief Nadav Argaman.

Netanyahu stressed, though, that Israel was not seeking a further escalation of hostilities with Gaza.

Explaining the decision to eliminate Abu al-Ata, Netanyahu said “this arch-terrorist was the main instigator of terrorism from the Gaza Strip” in the past year. “He initiated, planned and carried out many terrorist attacks. He fired hundreds of rockets at communities in the area adjacent to the Gaza Strip, whose suffering we have seen. He was in the midst of planning additional attacks in the immediate short term. He was a ticking time bomb.”

Added the prime minister: “The basic assumption of all terrorists is identical. They think that they can attack civilians and concurrently hide behind civilians. However, we have proven that it is possible to attack murderers with minimal harm to innocents.”

“Whoever thinks that it is possible to hurt our citizens and evade our long arm – is mistaken. We have proven that we can attack with surgical precision anywhere terrorists hide. Whoever hurts us – we will hurt them.”

Speaking after Netanyahu, Kohavi said that Abu al-Ata had “acted in every way to sabotage attempts for calm with Hamas, and… was responsible for the majority of attacks that took place over past year.”

The IDF chief then warned that Israel was “prepared to defend from an escalation from the ground, air and sea,” giving the first inkling that a broad military operation could ensue from the incident.