Estonian President about influance of factor of Georgia’s occupied territories on EU integration : It should not be part of discussion, since a victim can not be blamed 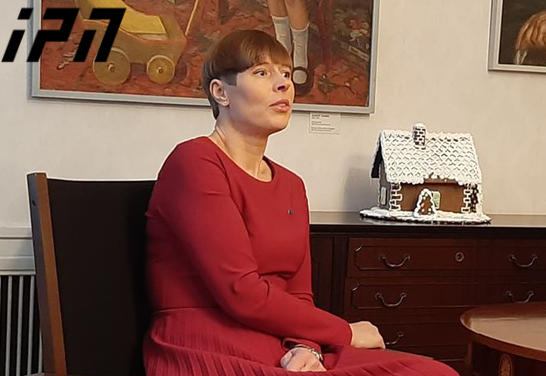 The essential value of the EU is that the big neighbors of countries do not have the right to make decisions instead of these countries - the fact that part of Georgia is occupied should not be the part of this discussion, since a victim can not be blamed, Estonian President Kersti Kaljulaid said in Tallinn at the meeting with the reporters from the Eastern Partnership countries.

President Kersti Kaljulaid stated about it while responding to InterPressNews question about the influance of the factor of Georgia’s occupied territories in the West – on the path of the European integration. InterPressNews also asked whether Georgia needs the European Union but does the EU need Georgia? And why?

"The EU needs a sustainable neighborhood, but this is not the only reason why it should have, and I am convinced it has a principled approach to the will of the people of Ukraine, Georgia and other countries. The essential value of the EU is that countries can make decisions themselves and their big neighbors do not have the right to make decisions instead of these them. Consequently, if the Georgian people consistently express a readiness to move closer to the European Union, then we must find a way of working with this country, and the fact that the part of Georgia is occupied should not become the part of this discussion, since s victim can not be blamed for this conflict. Thus, although the part of the country's territory is occupied, it does not change the fundamental principle - the right of decision-making for the countries,” Kersti Kaljulaid said.