Ketevan Tsikhelashvili: Closure of the so-called crossing point is the same as to take not only Georgians hostages, but also Ossetians 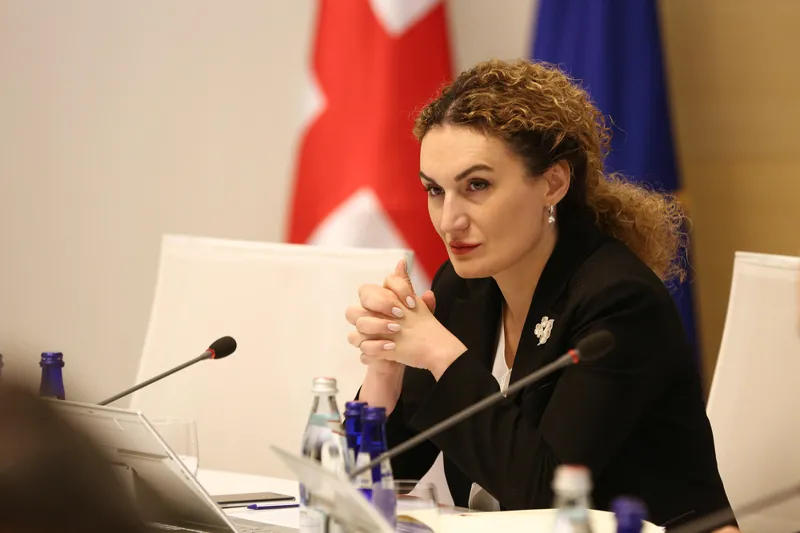 Closure of the so-called crossing point is the same as to take not only Georgians hostages, who are most hurt by such an unlawful and inhuman action, but also Ossetians, who still remain in the Tskhinvali region, - State Minister for Reconciliation and Civic Equality Ketevan Tsikhelashvili told reporters.

According to her, "the closure of the so-called checkpoint in Akhalgori is a humanitarian crisis."

“This is the most important issue for us in every international arena in order to keep our partners informed and, most importantly, to make them exert pressure on Russia. We use all international and other formats to tackle this enormous humanitarian problem. This measure of blocking a passage is the same as to take not only Georgians hostages, who are most hurt by such an unlawful and inhuman action, but also Ossetians, who still remain in the Tskhinvali region. More than 80% of people have left this region. Of course, majority of them are IDPs who cannot return to their homes, but others also flee the region because there are zero prospects for development," Tsikhelashvili said, adding that unfortunately, this is a very common practice in the region to celebrate soviet dates and to sing with photos of soviet leaders in the background.

“It is tragic because it involves young people and children and it does not need to be evaluated, it is a past that has been destroyed and should be destroyed. Our policy offers them this prospect, which is why it is called “A Step for a Better Future”. It is not just a title, it is content. They are our population, it is our responsibility to care for them. We have a united future through reconciliation and defeat of the barbarians that so mercilessly divide the territory of Georgia,” said Ketevan Tsikhelashvili.