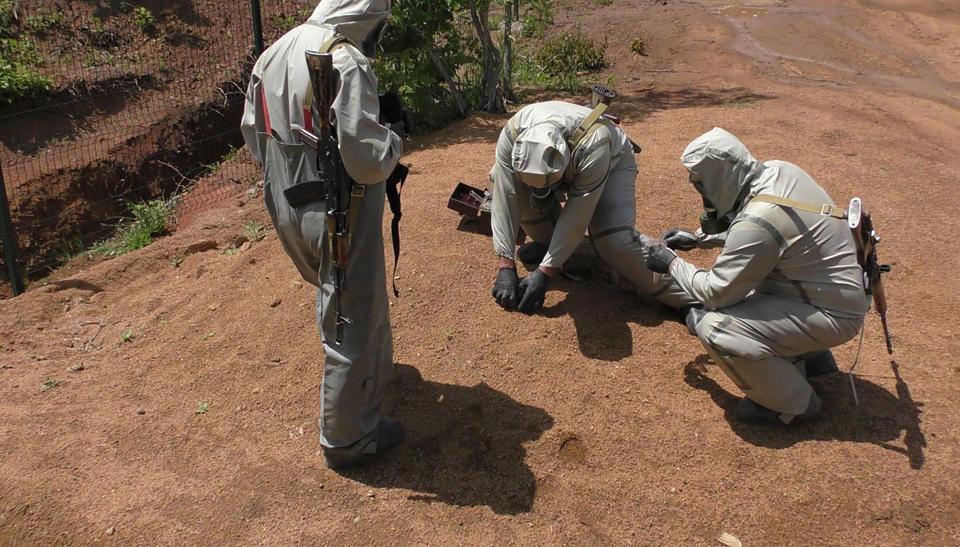 The so-called South Ossetian Security Committee claims that their representatives carried out radiation and chemical-biological examination in the area, where, according to them, Georgian aerial vehicles violated the so-called "border of the republic".

According to them, the so-called Georgian unmanned aerial vehicles violated the "border" near the village of Uista (Tsneli) on June 2 and 3.

"Officers of the Chemical-Biological Protection Department of the Border Protection Service took samples of soil, water, air, green cover and insects in Znauri district of South Ossetia, which will be examined in the laboratory to avoid biological hazards," reads the statement of the so-called Security Committee.

According to them, the need for the examination is caused by "the existence of a high level of biological threat, the existence of the coronavirus epidemic in Georgia and the actions carried out by the Lugar laboratory on the territory of Georgia."

"The Security Committee of the Republic of South Ossetia states with full responsibility that if pathogenic microflora or disease vectors are found in the samples taken, this fact will indicate the use of biotech terrorism forms and methods by the Tbilisi regime against South Ossetia," reads the statement.