According to Giorgi Rurua's lawyers, the letter sent by MP Kakha Kutchava to the MEPs includes false facts 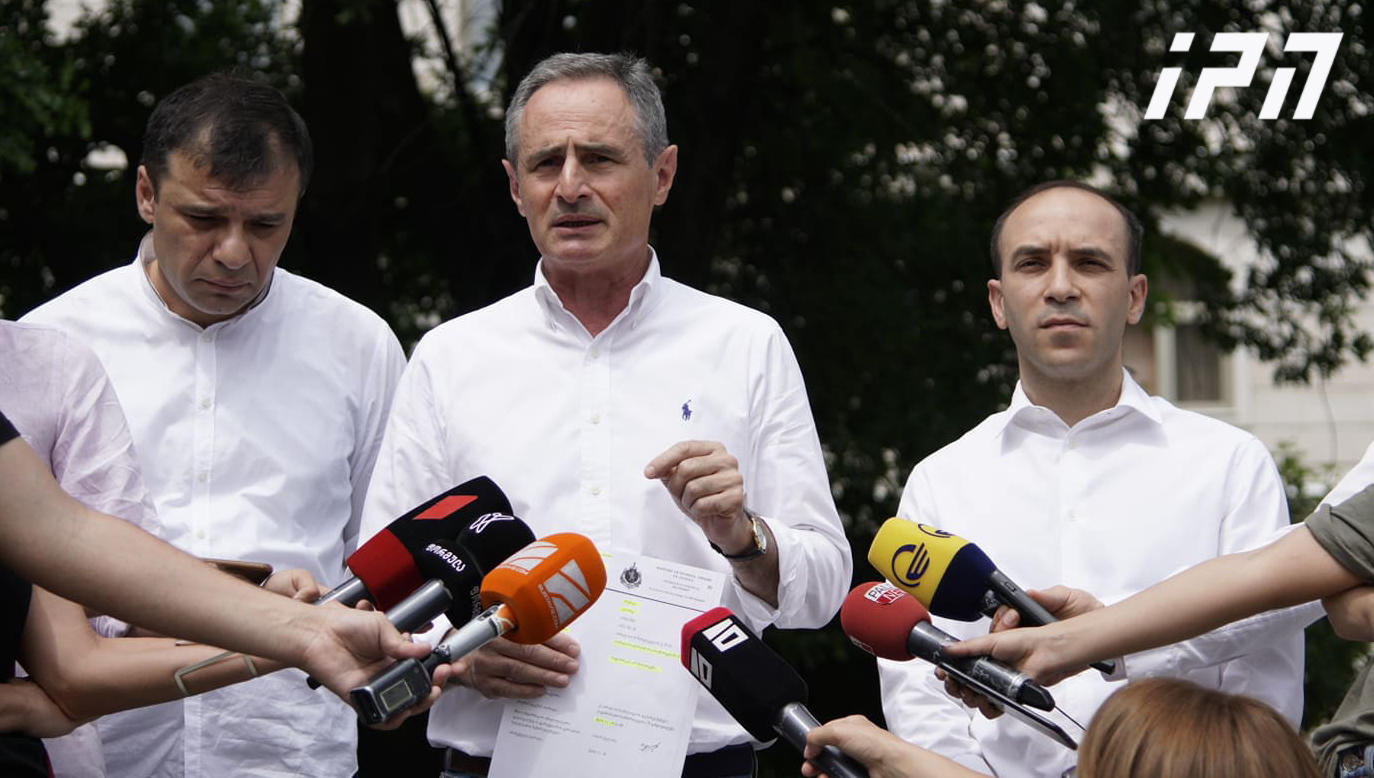 The lawyers of the Mtavari TV shareholder, Giorgi Rurua, presented the letter concerning Giorgi Rurua's case and claimed that it had been sent by MP Kakha Kutchava to MEPs.

As the lawyer Dimitri Sadzaglishvili stated, Kakha Kutchava sent the letter to the MEPs couple of days ago. According to him, this fact indicates that it's not the Prosecutor's Office which has problems with Giorgi Rurua, but Georgian Dream itself.

"We see several lies in the letter. Every killing which has happened in Georgia is groundlessly being blamed on Giorgi Rurua. It should be mentioned that the authorities called Rurua guilty without any argument, despite the fact that he has not been tried yet. Talking about his blame is defamation. The letter also claims that the cases against Rurua dating back to 1993-1994 were ceased during the United Nationa Movement's term. However, no question has been asked about these cases after 2012, when the Georgian Dream came to power. This is a true confirmation that Rurua is being politically persecuted.

According to Shalva Shavgulidze, another lawyer of Giorgi Rurua, the circumstances in which the letter was sent once again indicates that Rurua is innocent.

"I've obtained the report of the Analytics Department of the Ministry of Internal Affairs. The report states that no information has been found about Rurua ever being charged for the penal offense. This means that the state has no information about Giorgi Rurua ever being convicted, nor ever being tried. At the same time, we see a letter from the parliament which indicates Rurua's participation in some crime. This is an irresponsible act from the authorities. This is defamation against your citizen without any legal basis. The authorities are trying to misguide the MEPs and justify their non-fulfillment of the part of the 8th March agreement, which is the release of Giorgi Rurua. In addition, this is a direct message towards the court and a request for an inculpatory verdict. This once again confirms that Giorgi Rurua is innocent", - stated Shavgulidze.