According to current reports, a man detained and wounded by so-called border-guards on occupation line was transferred from Akhalgori to Tskhinvali 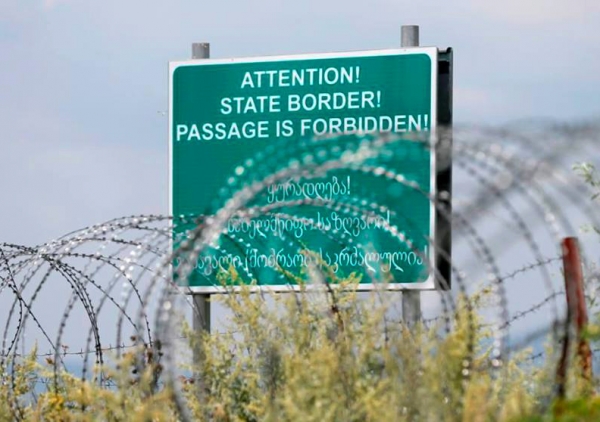 European Union Monitoring Mission in Georgia has visited the occupation line area in Kvemo Tchala, Kaski Municipality. The representatives of the Mission also visited the area around Skhvilo Castle where Zaza Gakheladze was detained.

According to the Kaspi Municipality Mayor representative, Stepane Mesropashvili, the detained Gakheladze who has a gunshot wound was transferred from Akhalgori hospital to Tskhinvali.

"European Union Monitoring Mission in Georgia visited the village. The Monitors also visited the site of the incident - around Skhvilo Castle where the so-called border-guards detained Gakheladze. According to us, Gakheladze who was wounded by a gunshot fired by the occupation forces was transferred from Akhalgori to Tskhinvali. According to the family, his health condition is stable. The representatives of the Mission also met with the family members who were as well as contacted by Red Cross", - stated Mesropashvili.

33 years old Zaza Gakheladze was detained by occupation forces yesterday. Later on, it was revealed that the so-called border-guards fired shots during detention as a result of which Gakheladze was wounded in the leg.