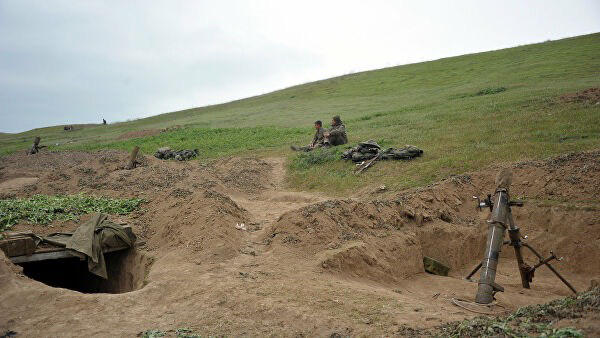 The Ministry of Defense of Azerbaijan reports armed skirmish at the border with Armenia.

"Starting from the afternoon on July 12, units of the Armenian armed forces, grossly violating the ceasefire on the direction of the Tovuz region of the Azerbaijani-Armenian state border, subjected to fire on our positions using artillery mounts. There are losses on both sides. Currently, there are fights in this direction. Our units control the operational situation", - states the MOD.

According to the Ministry, the Azerbaijani side lost two men while 5 were injured.

"As a result of the adequate steps undertaken by our units, the enemy was defeated and driven back suffering losses", - reads the statement.

As the Russian media outlet "RIA Novosti" reports, the Armenian side hasn't commented on the incident yet.