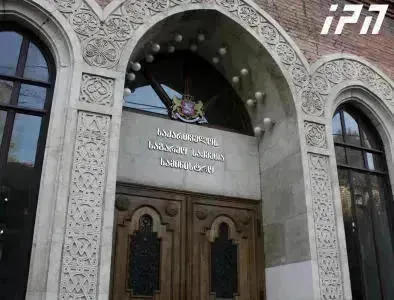 The Ministry of Foreign Affairs of Georgia has issued a statement regarding the disruption of the 51st round of the Geneva International Talks scheduled for October 6-7.

The Ministry of Foreign Affairs of Georgia expresses its concern over the disruption of talks by the representatives of the Russian Federation.

"It is noteworthy that in view of the aggravated security and humanitarian situation in the occupied territories of Georgia, the co-chairs of the Geneva International Talks scheduled the 51st round of talks for October 6-7 despite the coronavirus (COVID-19) pandemic.

Such steps undermine the peace process and the efforts of the Georgian authorities and the international community to address the problems of the conflict-affected population.

The Ministry of Foreign Affairs calls on the Russian Federation to return to the negotiating table and fulfill its international obligations, including the EU-brokered ceasefire agreement of 12 August 2008.

"The Georgian Foreign Ministry calls on the international organizations co-chairing the Geneva International Talks - the European Union, the United Nations and the Organization for Security and Cooperation in Europe - to take effective steps to resume the Geneva talks and make tangible progress in the peaceful settlement of the Russia-Georgia conflict," reads the statement of the Ministry.