Ian Kelly: How can a Georgian President congratulate an agreement that locks in another Russian occupation in Caucasus? 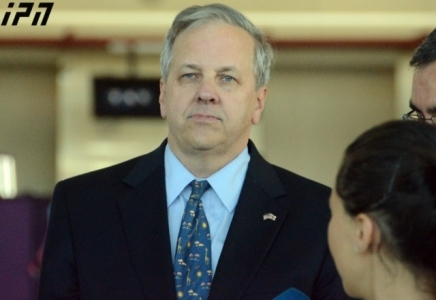 Former US Ambassador to Georgia Ian Kelly has criticize President Salome Zourabichvili’s statement regarding the agreement to end hostilities in the Nagorno-Karabakh conflict zone.

“How can a Georgian President congratulate an agreement that locks in another Russian occupation in Caucasus and locks out the West?”, Ian Kelly tweeted.

“A new era starts in the Caucasus. I congratulate our friends Armenia and Azerbaijan for ending a tragic war and thank all the facilitators. My sympathy to the families of the victims. Peace and stability have no alternative! We launch together a new chapter of cooperation”, President Salome Zourabichvili tweeted earlier.

Armenia, Azerbaijan and Russia have signed an agreement today to end military conflict over the disputed enclave of Nagorno-Karabakh. Armenian Prime Minister Nikol Pashinyan called the deal "incredibly painful both for me and both for our people". It comes after six weeks of fighting between Azerbaijan and ethnic Armenians.