Minister of Defense: This election is not related to the snap elections - we have expressed readiness for a general agreement to be reached, which the opposition rejected 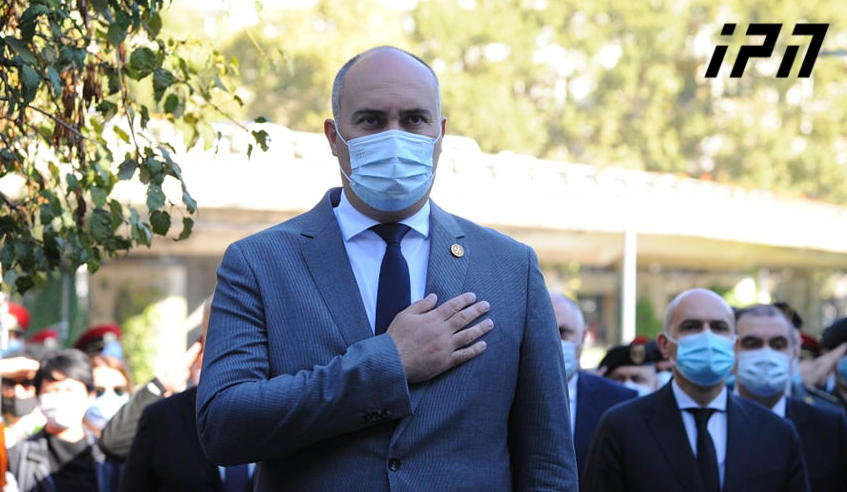 Legally, we all know that these elections are not related to early elections. We have expressed readiness for a general agreement to be reached, which our opposition rejected and didn't take into account, - Defense Minister Juansher Burchuladze told reporters.

"Do not try to mislead the public with general talk. What does it mean that the EU talking? Who is the EU? You should say that Charles Michelle is talking. What does he say, can you quote him? An agreement means agreeing on specific terms between two entities, it did not happen, it was not brought about because of the opposition. This agreement was initiated as a result of a specific group agreement. Legal force would be given if this group participated. This group did not participate. You know those who did not participate. If there are 4 parties to an agreement and if two parties do not participate, can it be considered a quadrilateral agreement?

We changed the ugly practice that the previous government had when there were special closed precincts where people, government officials were forced to vote for the ruling party. We have changed this practice, people will take leave, which will be our obligation to allow them to go to their district and vote for whoever they want.

As for the results in the army, you should know that we arranged a special district of thousand in the previous elections in Afghanistan, where we received 95% support. This is our real result, we got 1000 people and not 100 people", - Burchuladze said.