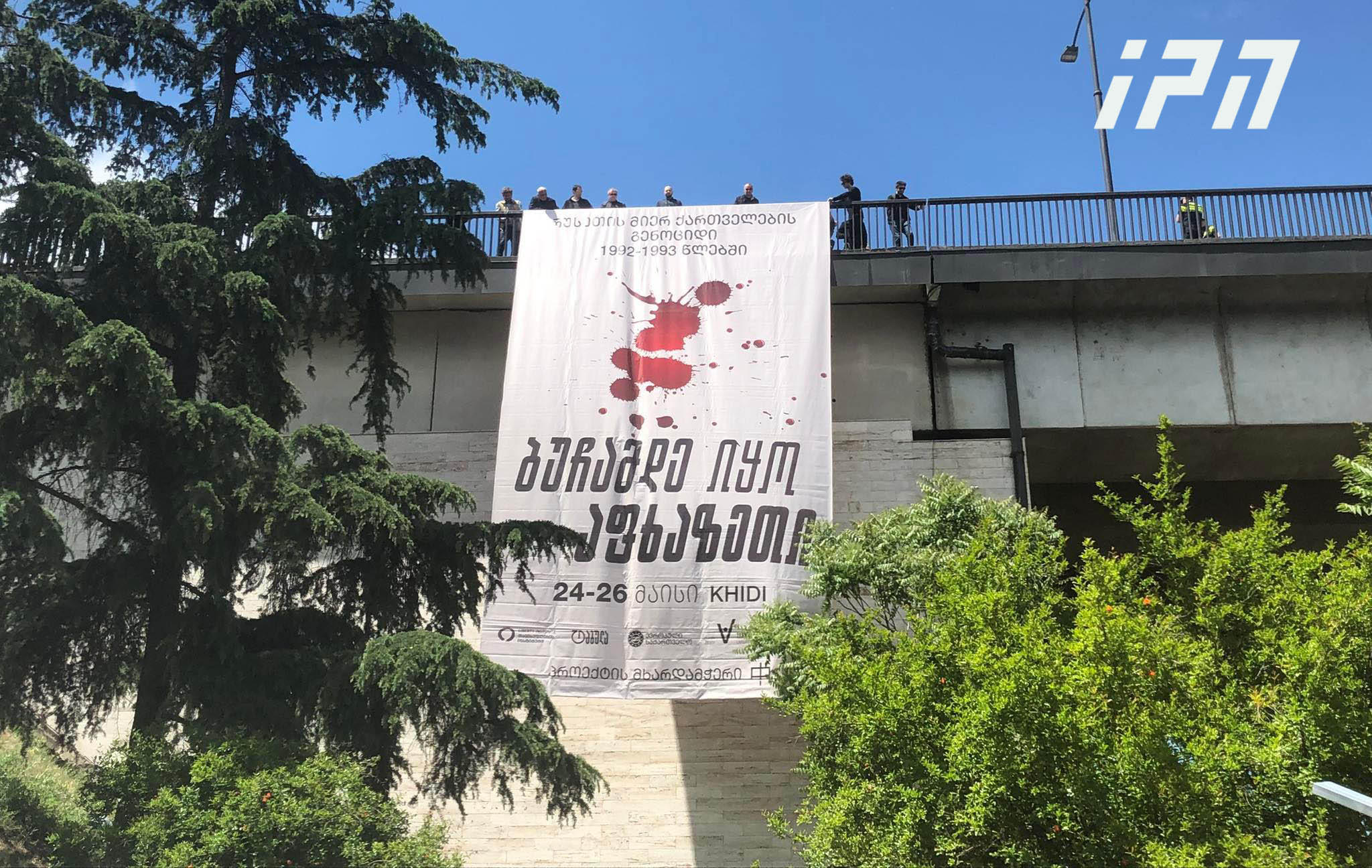 "There was Abkhazia before Bucha" - with this slogan European Georgia, Freedom Institute, Tabula, Voter Education Society and Abkhazian Assembly are launching a campaign for the recognition of the genocide committed by Russia against Georgians in 1992-1993.

As part of the campaign, the organizers displayed a banner reading "There was Abkhazia before Bucha" near the Vakhushti Bridge.

According to the organizers, the Khidi Club will host a three-day exhibition, which will open on May 24 and close on May 26.

"Visitors to the exhibition individually, without political exaggeration and interpretation, will experience the horrific atrocities committed by Russia, which killed thousands of civilians and which was endured by hundreds of thousands of refugees.

War crimes committed by Russia in Bucha, Mariupol, Irpin, Gostomel and other Ukrainian cities have been declared genocide by the President of the United States and a number of other world leaders. Estonia, Latvia and Canada have officially recognized the genocide of Ukrainians," reads the statement released by the organizers.