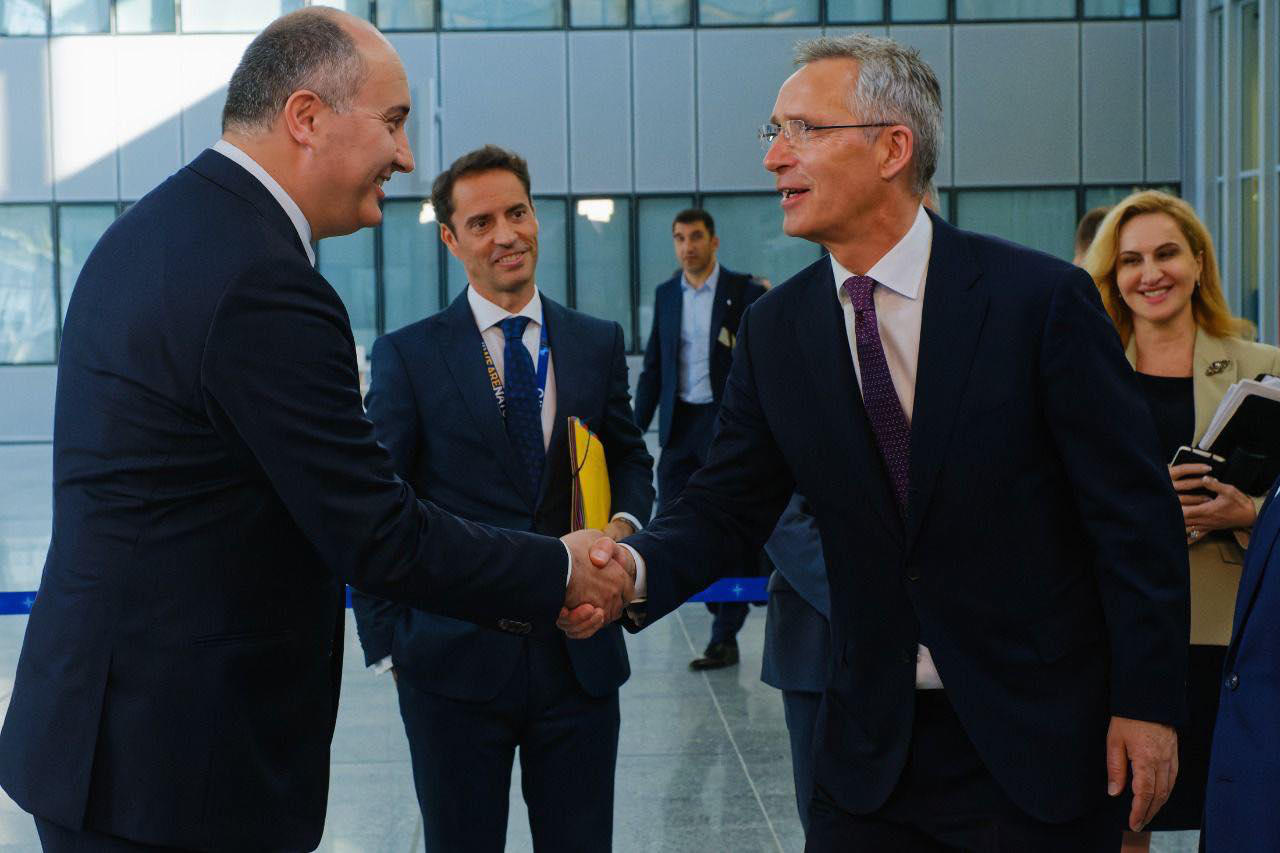 The Georgian Defense Minister thanked the NATO Secretary General for his strong political and practical support for Georgia on its path to NATO membership.

According to the Ministry of Defense, the sides discussed the security environment and challenges in the region. In this regard, special attention was paid to the war waged by Russia in Ukraine.

"The parties reaffirmed their unwavering support and solidarity with Ukraine and the Ukrainian people. Given the threats posed by Russia, the meeting stressed the importance of deepening NATO-Georgia practical cooperation in order to strengthen Georgia's resilience and defense capabilities in the face of these threats, strengthen its compatibility with NATO and promote the country's membership in the Alliance.

The sides also discussed the importance of increasing the Alliance's involvement in providing practical assistance and strengthening Black Sea security within the framework of the Substantial NATO-Georgia Package. The NATO Secretary General praised Georgia's defense reforms and the progress made in practical cooperation with NATO, and reaffirmed his readiness to strengthen support for Georgia, including against hybrid challenges and to further enhance cybersecurity capabilities.

The meeting reaffirmed NATO's strong support for Georgia's sovereignty, territorial integrity and Euro-Atlantic aspirations. At the end of the meeting, the sides stressed the special importance of the forthcoming NATO Madrid Summit, given the existing security environment.

Within the framework of the NATO Defense Ministerial, the Minister of Defense of Georgia also held bilateral meetings with representatives of NATO member and partner countries," reads the statement released by the Ministry.