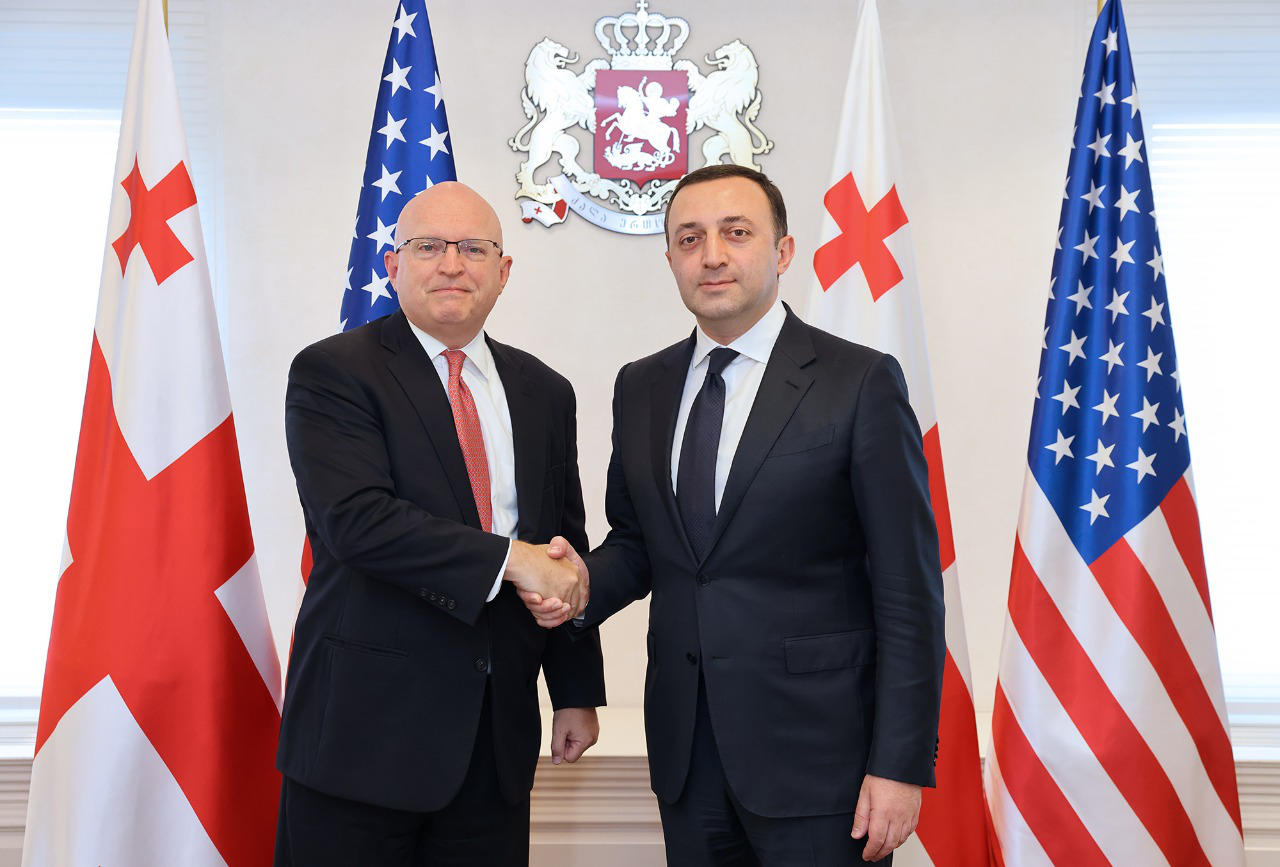 Georgian Prime Minister Irakli Garibashvili held a meeting with Philip Reeker, Senior Adviser of the US Department of State for Caucasus Negotiations and the Geneva International Discussions.

According to the PM’s press office, Irakli Garibashvili congratulated Philip Reeker on his appointment to a new position and wished him success in his future endeavors. According to the Prime Minister, Georgia is a reliable partner and loyal ally of the US in the region and beyond. Irakli Garibashvili and Philip Reeker discussed the war in Ukraine and the difficult regional and global security situation. The conversation also touched on the dire state of affairs in Georgia’s occupied territories. Irakli Garibashvili highlighted the critical importance of peaceful conflict resolution. In this context, the significance of the Geneva International Discussions was underlined.

Philip Reeker reassured the Prime Minister of the strong support of the United States for Georgia’s territorial integrity and sovereignty.

The conversation also revolved around the agreement between Armenia and Azerbaijan, achieved through Prime Minister Irakli Garibashvili’s mediation and Philip Reeker’s engagement, as a result of which Azerbaijan released Armenian POWs, while Armenia handed over important maps to Azerbaijan.

The meeting at the Administration of the Government was attended by US Ambassador to Georgia Kelly Degnan and Foreign Minister Ilia Darchiashvili.