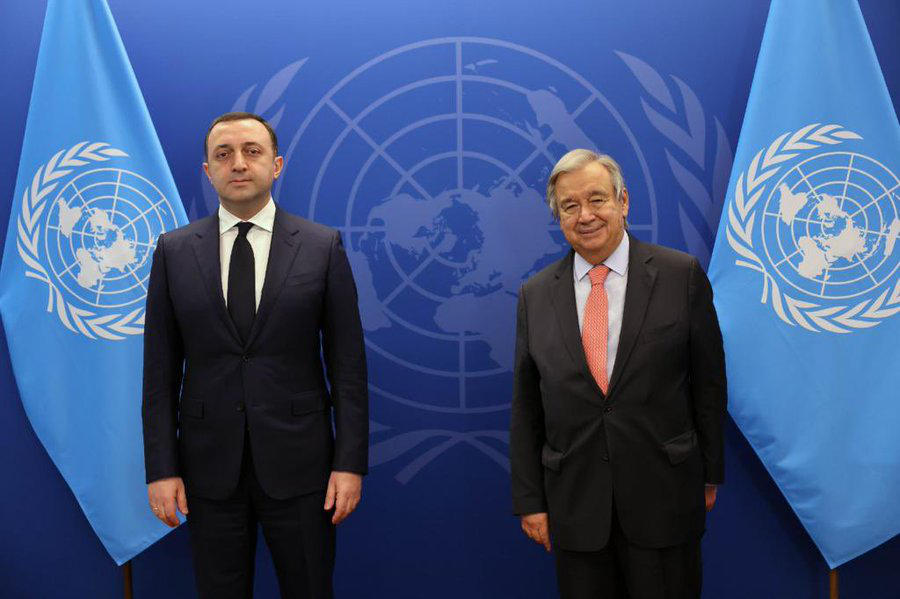 The Prime Minister responded to the meeting on Twitter and noted that they exchanged opinions regarding the common agenda at the meeting.

“High-quality education is a fundamental human right and is GoG's top strategic priority. I was honored to address Transforming Education Summit. We are committed to transforming education in order to create a better future for our youth!” Irakli Gharibashvili tweeted.

The Prime Minister of Georgia is paying a visit to New York. He will address the participants of the general debate of the 77th session of the UN General Assembly.