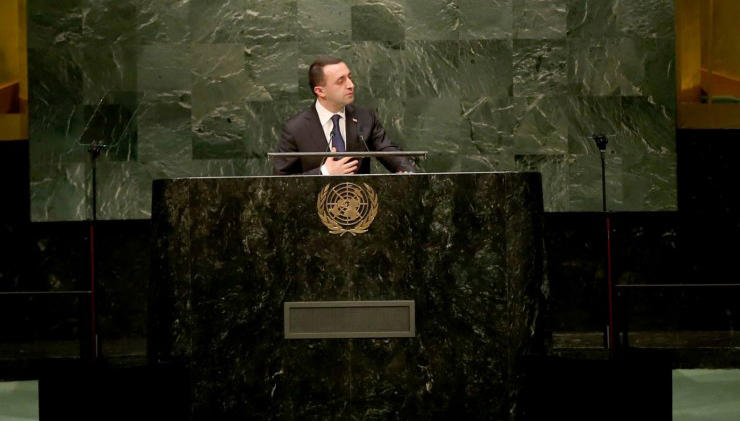 The Head of Georgian Government will address the participants of the 77th Session of the General Assembly on September 22.

The General Debate of the 77th Session of the United Nations General Assembly opened on September 21.

According to the press service of the Prime Minister, Georgian Prime Minister Irakli Garibashvili attended the speech by Joseph Biden, President of the United States of America, at the General Debate of the 77th UNGA Session.

The Head of Government attended Joseph Biden’s speech together with the Georgian delegation.