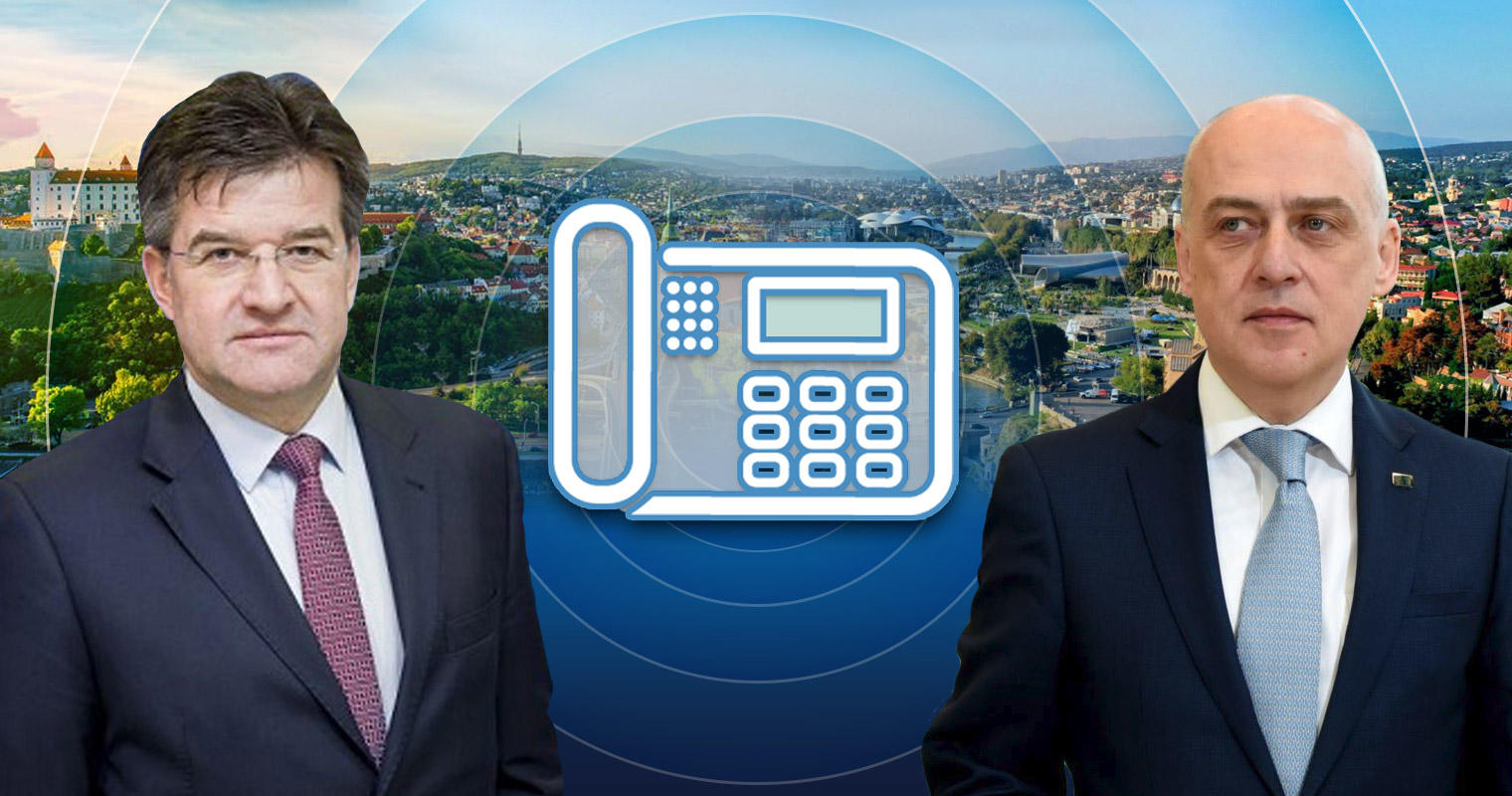 Georgian Foreign Minister Davit Zalkaliani held a telephone conversation with the acting OSCE Chairperson-in-Office, Slovak Foreign Minister Miroslav Lajčák about the continued illegal process of erection of artificial barriers by the occupation forces in the village of Gugutiantkari.

According to the Ministry of Foreign Affairs, Davit Zalkaliani provided the OSCE Chairperson-in-Office with detailed information about the frequent provocations on the occupation line.

“The Slovak Foreign Minister has full information about the illegal process of erecting artificial barriers in the village of Gugutiantkari and abduction of eight Georgian citizens.

The Minister noted that the continuation of the practice of abduction and illegal detention of Georgian citizens by the occupation forces, together with the erection of artificial barriers in Gugutianthkari, further exacerbates the already difficult security and humanitarian situation and is a clear attempt of destabilization of the situation by Russia.

The Foreign Minister asked Miroslav Lajčák to activate all international leverages to stop the illegal process of erecting barbed wire and artificial barriers on the occupation line and to immediately return the abducted Georgian citizens to their families.

Davit Zalkaliani also underlined the importance of the arrival of the Special Representative of the OSCE Chairperson-in-Office in Georgia for studying the situation on the ground.

The OSCE Chairperson-in-Office reiterated his support for Georgia's sovereignty and territorial integrity and emphasized the need of ensuring security on the ground," reads the press release of the Foreign Ministry.