Brazil's President calls other states not to interfere 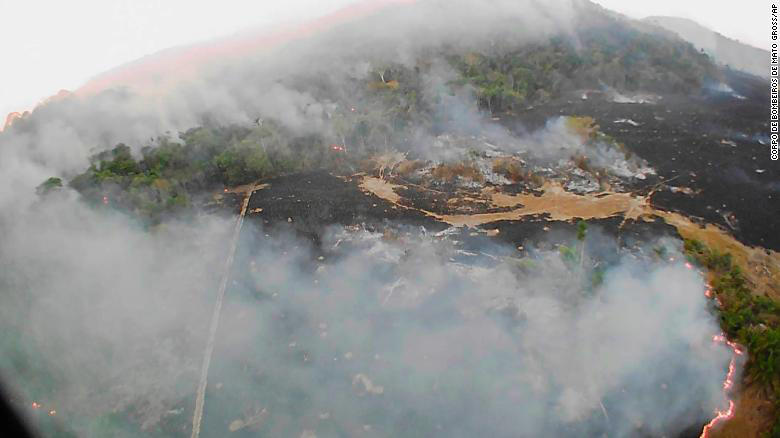 Amid growing international criticism over the wildfires raging through the Amazon, Brazilian President Jair Bolsonaro has told foreign powers not to interfere, “Reuters” has reported.

French President Emmanuel Macron and United Nations Secretary General António Guterres both took to Twitter to express concern about the fires that have reached a record number this year, devastating vast swathes of forest considered a vital bulwark against climate change.

“These countries that send money here, they don’t send it out of charity. ... They send it with the aim of interfering with our sovereignty,” he said in a Facebook Live broadcast.

But earlier on Thursday, he said that Brazil alone lacked the resources to control the fires.

“The Amazon is bigger than Europe, how will you fight criminal fires in such an area?” he asked reporters as he left the presidential residence. “We do not have the resources for that.”

Fires in the Amazon have surged 83% so far this year compared with the same period a year earlier, government figures show.