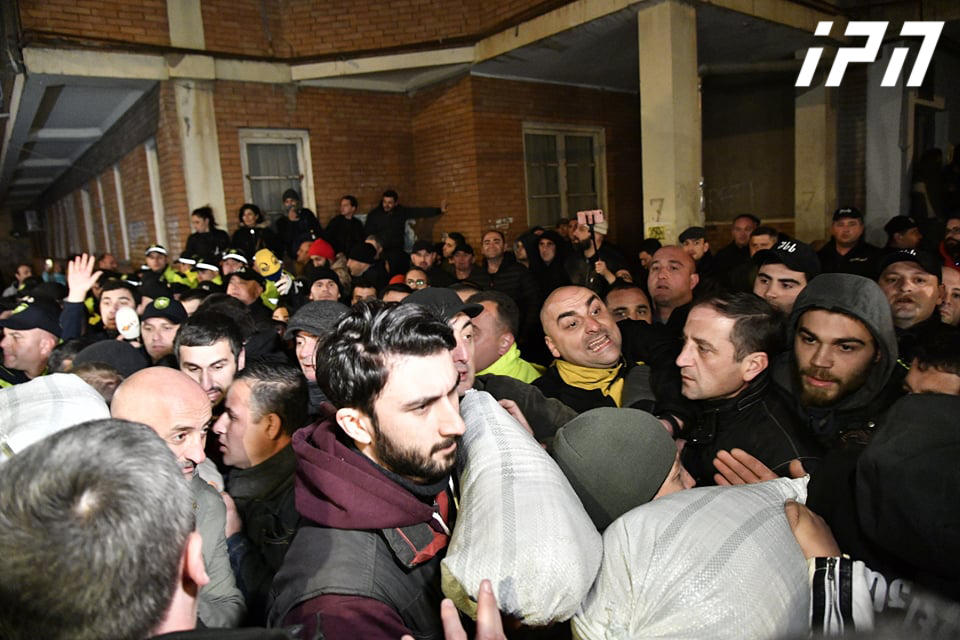 Clashes occured between law enforcers and protesters on Zubalashvili Street, after law enforcers did not let a truck loaded with sandbags enter the Parliament area.

After the decision of the patrol police, the protesters decided to take the sandbags to the Parliament by themselves.

Prior to that, there was a verbal conflcit between the police and Gigi Ugulava because of the truck. Ugulava asked Kakha Bukhradze, Deputy Chief of the Patrol Police Department, why they were not letting the truck enter the area, to which Bukhradze responded that this was for security reasons.