MEP Sandra Kalniet: The fact that you have failed to deliver on the promise of a transition to a proportional electoral system does not refer to Georgia's democracy 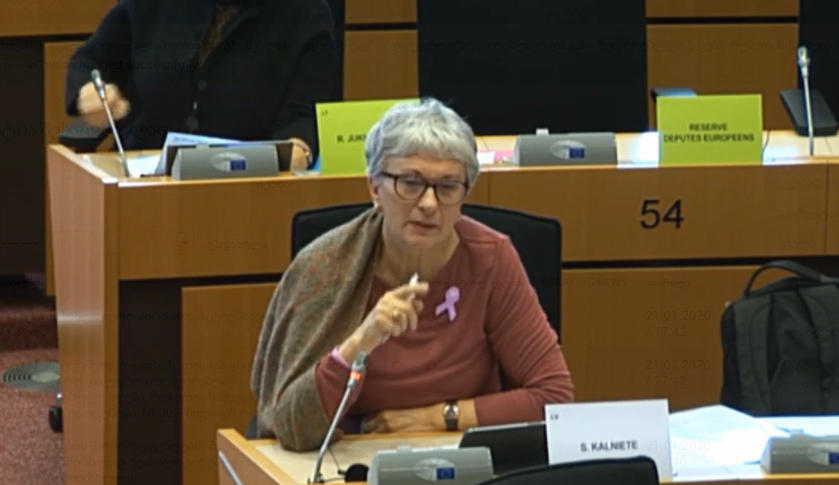 The fact that you have failed to deliver on the promise of a transition to a proportional electoral system does not refer to Georgia's democracy, European Parliament Sandra Kalniet said at the European Parliament's Foreign Relations Committee session in Brussels, where she spoke about the situation in Georgia.

MEPs spoke after speeches were delivered by State Minister of Georgia for Reconciliation and Civil Equality Ketevan Tsikhelashvili and Deputy Speaker of the Parliament of Georgia Kakha Kuchava. Sandra Kalniet touched upon several issues that she said did not refer to Georgia's democracy.

“I will talk about Georgia's internal situation, the country's political crisis. You have just mentioned that the demonstrations were triggered by the opposition. I have extensive political expertise in this area and I know that no political party can bring tens of thousands of people to streets; there is a deeper reason for this. You have just said that support for Georgia's European integration is on the rise, but the same opinion polls show that the Georgian people think that democracy is degrading in the country, and this is very worrying, as the European Commission and the European Parliament always support Georgia and try to help the country move forward. If we compare Georgia with Ukraine, which has a war in its territory, we'll see that they are persistently trying to carry out democratic reforms, while the fact that you have failed to deliver on the promise of a transition to a proportional electoral system does not refer to Georgia's democracy. There was a statement by Ivanishvili, chairman of the Georgian Dream, that many opposition leaders will go to jail in the future, something that is very difficult to accept. And the fact that the investigation against Giga Bokeria, the leader of European Georgia, was launched after a five-year silence, is very symbolic," the MEP said.