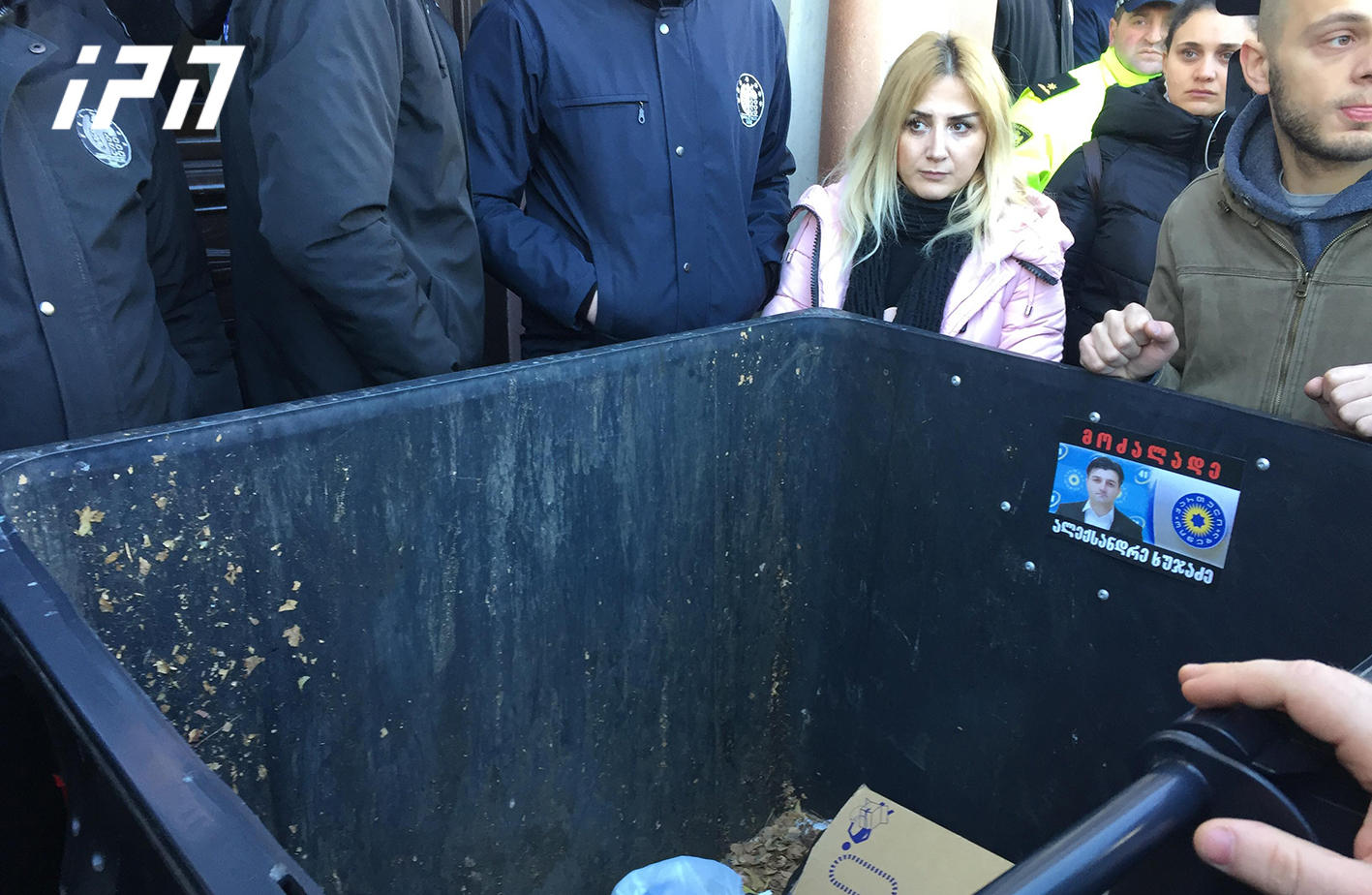 Members of the Change movement brought a garbage bin to the City Council building. They stuck photos of those involved in a physical conflict with opposition MP Levan Khabeishvili to the bin.

“Bringing a bin here is symbolic. Bidzina Ivanishvili and Georgian Dream lawmakers will find themselves in this bin. This is your future. The Georgian Dream has become a political garbage bin”, protesters say.

They are chanting: “Slaves, Slaves”.

They demand that those involved in the conflict with Levan Khabeishvili be expelled from the City Council and the ruling party.

Members of the Change Movement also demand a meeting with the Chairman of the Council.