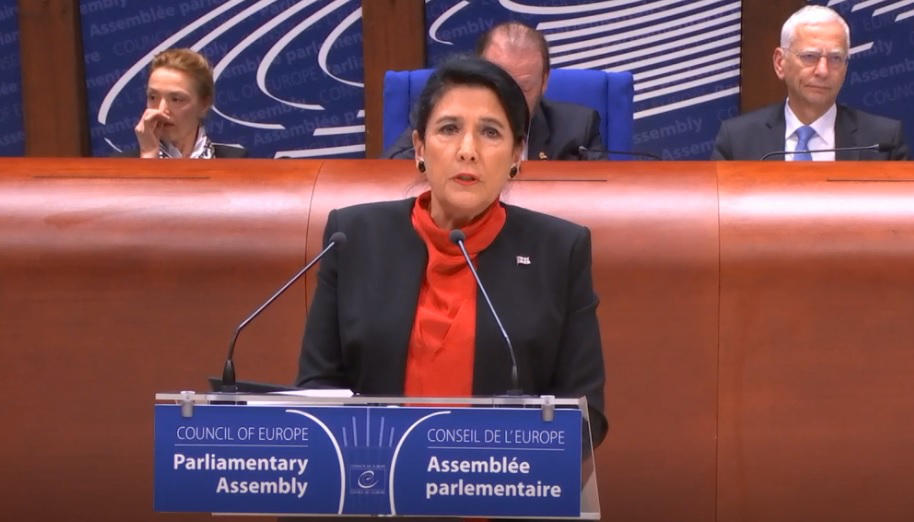 Georgian President Salome Zurabishvili said Georgia is ready to host a Russian delegation at the Parliamentary Assembly of the Council of Europe (PACE) ministerial in Tbilisi.

According to her, although the members of the delegation have violated the Georgian law on the occupied territories, the country will still accept them. Salome Zurabishvili explained that while Georgia does not like the declared policy of the Russian authorities, it respects own international obligations.

"We are the state that respects own international obligations and will accept the Parliamentary Assembly because we respect the regulations and the principles of the organization," Zurabishvili said.