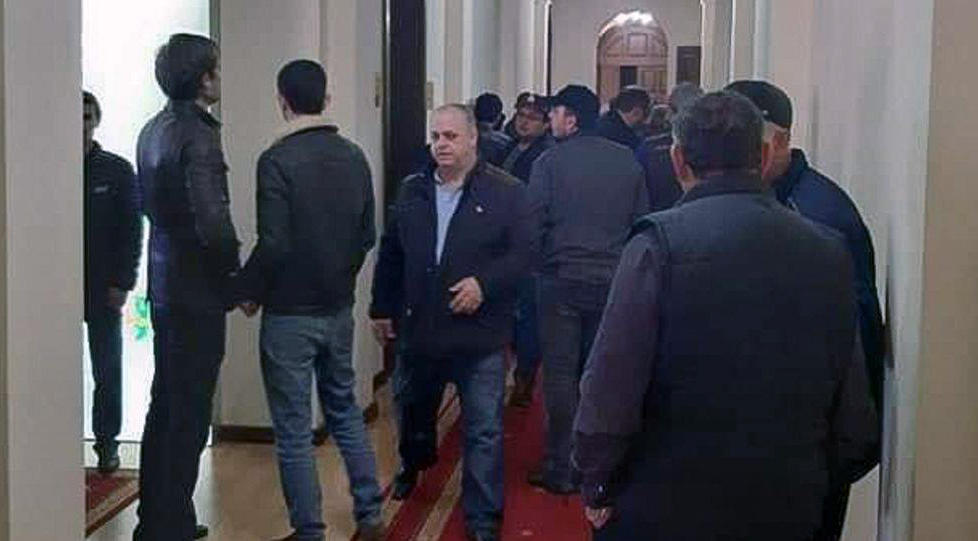 Supporters of Abkhazia’s so-called presidential candidate Aslan Bzhania have broken into the building of the so-called cabinet of ministers. They are now on the third floor, where acting President Valeria Bganba is holding a meeting with protesters.

According to Abkhaz media, protesters demand the resignation of the so-called acting president, as well as a number of so-called ministers, law enforcement officials, heads of so-called election commission.

Demonstrators say "the country's authorities hinder the conduct of a fair election campaign."

At the same time, Aslan Bzhania's headquarters say they have nothing to do with the rallies.

The so-called presidential candidate of occupied Abkhazia, Aslan Bzhania, was taken to Sochi hospital with signs of poisoning yesterday. Abkhaz media says protesters believe that Aslan Bzhania was poisoned once again. The so-called elections in which he planned to participate are scheduled for March 22.