Parliament backs declaration of state of emergency across Georgia 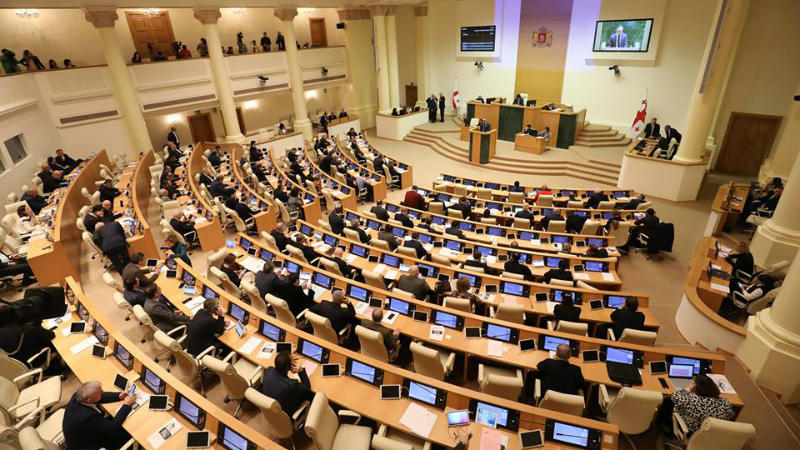 The Parliament has approved the decree of the President on the declaration of the state of emergency with 115 votes against 2.

It is noteworthy that the plenary session was attended by the parliamentary opposition and they also supported the declaration of the state of emergency in the country.

According to the decree, citizens' constitutional rights will be restricted during the state of emergency. Starting from today, no more than 10 people will be able to enter closed areas, including stores. It is noteworthy that this restriction applies to churches as well.

In addition, the rights listed in Articles 13, 14, 15, 18, 19, 21 and 26 of the Constitution will be restricted, including freedom of assembly, freedom of movement, freedom of labour, delivery of public services, as well as the rights to property, strike, entrepreneurship, etc.

This decree provides for administrative and criminal sanctions in case of violation of the state of emergency.