Giga Bokeria: It seems that the UNM is reconsidering its stance on mutual majoritarian candidates - we hope it isn't a preparation to break the agreement 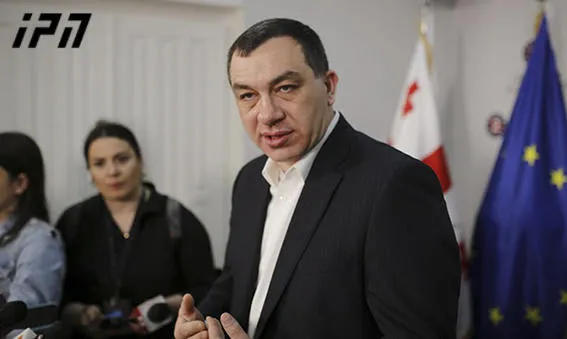 "We have seen a couple of statements from the members of the United National Movement or from its affiliated individuals that made the impression that there is a change of course", - Giga Bokeria, one of the leaders of European Georgia, told the reporters at his briefing while commenting about opposition's mutual majoritarian candidates.

Bokeria referred to the UNM and noted that "bigger influence comes with greater responsibility". He also hoped that the sense of responsibility and common sense would prevail.

"There isn't much time left. It is utterly important to firstly make an agreement on Tbilisi and to present the results to people. It would be absolute irresponsibility, if any party, with any motive, does not stick with the course. I'm talking about the parties being involved in the negotiations from the very beginning, not the other ones, for example, Lelo which was a sceptic from the initial stage. We should lower the risks in order to defeat Ivanishvili in the very first round. It's not unclear about whom I'm talking about. We have seen a couple of statements from the members of the United National Movement or from its affiliated individuals that made the impression that there is a change of course - the discussions about the second round, that "if someone does not run then it doesn't make more sense"... We hope that this is not a preparation for breaking the agreement - I do hope so because of our pragmatic as well as the state's interests.

The regime of Bidzina Ivanishvili should peacefully be removed from the ruling position. We all understand, from the past experiences, that if the win is not certain in the first round then the second round with the instability of Ivanishvili's political regime raises the risks for the country. No one should risk the second round if you can make it clear in the first one. It would be absolute irresponsibility not to do so. Bigger influence comes with greater responsibility and these concerns to the UNM, with all due respect. I hope that responsibility and common sense prevail and we'll be able to present the candidates' list to the electorate, first of all, the candidates of Tbilisi.