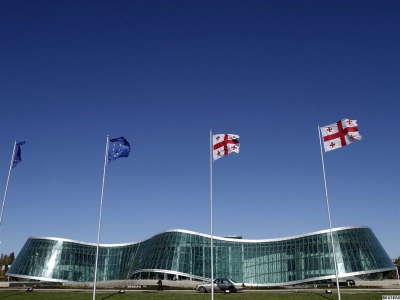 "The Ministry of Internal Affairs offers its deepest sympathy to the family of the inspector-investigator of the third police department of the Eredvi District Division of the Shida Kartli Police Department, D.S. As a result of operative-investigative measures, the officers of the Shida Kartli Police Department of the Ministry of Internal Affairs detained a foreign citizen, H.D., born in 1989, on the charge of killing a police officer. He was arrested in Gori. The crime is punished by 7-15 years in prison.

The investigation established that the accused, who was renting an apartment from D.S., born in 1978, inflicted a fatal wound on D.S. in his own house, using a cold weapon, and fled the scene. The victim died before being taken to the hospital. Police arrested the accused in a few hours after the incident. Law enforcement officers seized the weapon of the crime - knife - as evidence. The investigation is ongoing under Article 108 of the Criminal Code of Georgia, which pertains to premeditated murder,” the Ministry of Internal Affairs told InterPressNews.