President: Georgia has already passed the tests of democracy, but now the main thing is to hold peaceful and fair elections 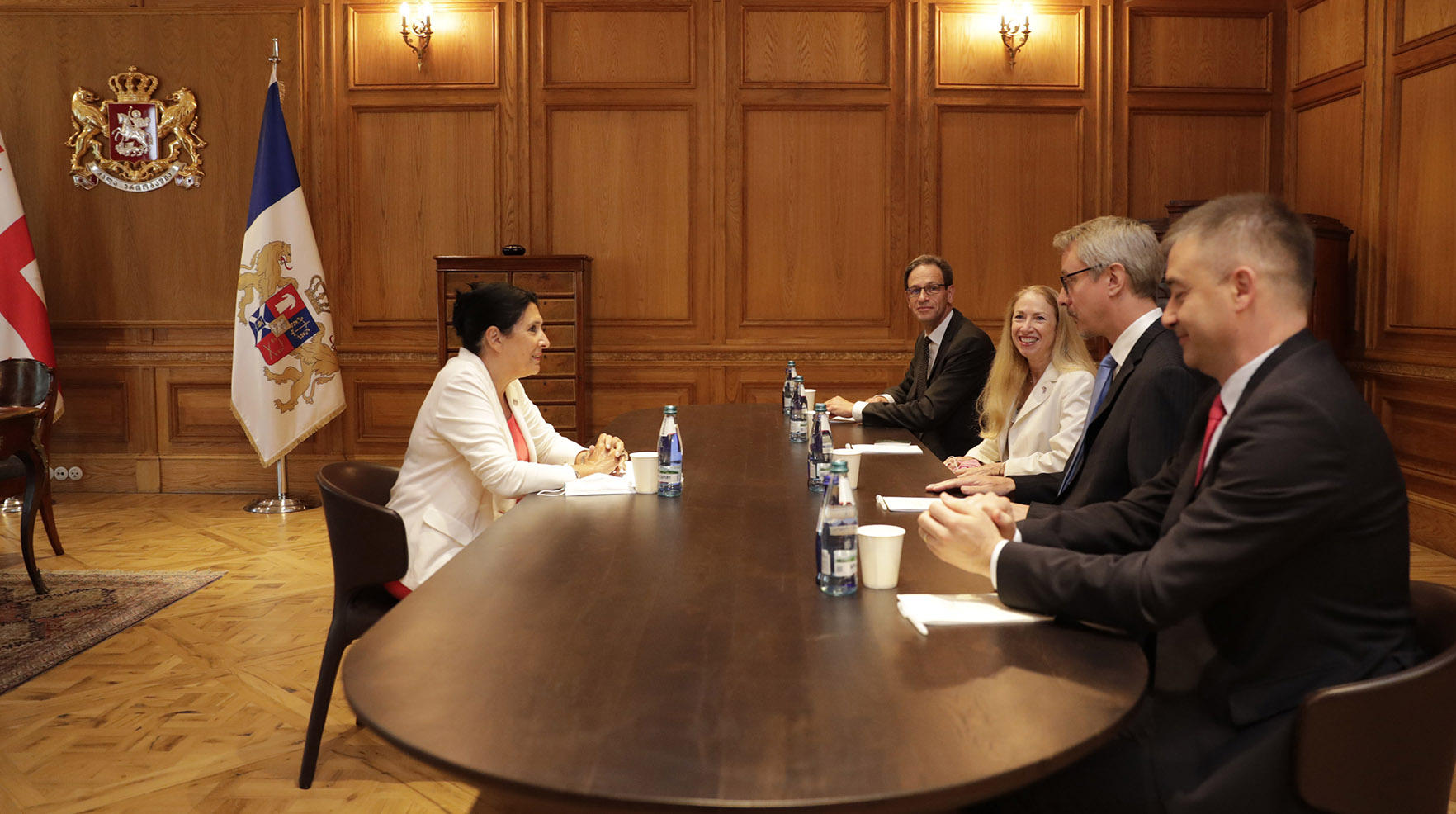 President Salome Zourabichvili met with facilitator ambassadors today. According to the Presidential Administration, the President of Georgia once again thanked the facilitators for their involvement in the process, which was focused on strengthening stability in the country.

As the President of Georgia noted at the meeting, Georgia has already passed the tests of democracy, but this process must be completed and now the main thing is to hold peaceful and fair elections.

"As I’ve said before, I will be the guarantor of stability. My decision to pardon certain persons was conditioned by this. To ensure a peaceful environment for stability and depolarization, we should not accept fake news, misinformation, hate speech, attacks on our partners and various organizations, such as the Lugar Center. In order for Georgia to pass another exam, we need to pay more attention, because there are various attempts both inside and outside the country, and involvement and support of foreign partners is very important in this process," - said the President.