Giga Bokeria: We've an exceptionally alarming signal from our strategic partner - we haven't received such message since 2003 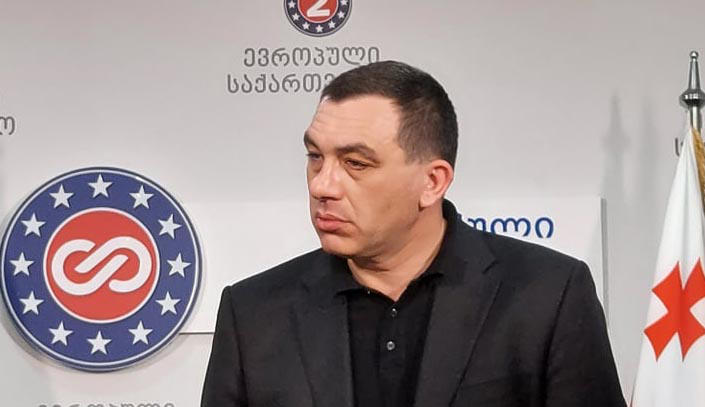 According to one of the leaders of European Georgia, Giga Bokeria, the House of Representatives bill which listed the conditions for financial assistance allocated for Georgia is an exceptionally alarming signal. As Bokeria noted at today's briefing, Bidzina Ivanishvili's team has led the country to a deadlock.

"Ivanishvili's team and government continue damaging the country in the times of this particular challenge. In such economic crisis, instead of taking away pressure from the people when the EU opened its borders to us to give our citizens a chance to survive, for the business not to go bankrupt and the income not to be dramatical decreases - we see the steps which are directly damaging for the country", - stated Bokeria.

Bokeria also noted that the bill is a clear message from the US with which Washington raises concerns with the current situation in Georgia.

"Instead of lobbying additional assistance and free trade with the US in the times of such difficulty, we have an exceptionally alarming signal from our strategic partner. We haven't had such a message since 2003, the last time it happened was during Shevardnadze's tenure. Today there are deep concerns with regards to Ivanishvili's steps which led our country to a deadlock", - stressed Giga Bokeria.

For the record, the House of Representatives bill states that $132,025,000 financial assistance will be allocated for Georgia. However, the document notes that 15% of the funds may not be obligated if State Secretary doesn't determine and report that the Georgian government is meeting certain conditions which include: strengthening democratic institutions; combating corruption within the government; ensuring the rule of law in the private sector. The document also notes that he withholding of funds doesn't apply to programs that support "democracy, the rule of law, civil society and the media, or programs to reduce gender-based violence and to protect vulnerable populations".