According to Georgian Young Lawyers' Association report, the rate of unsubstantiated bail and remand detention has increased significantly 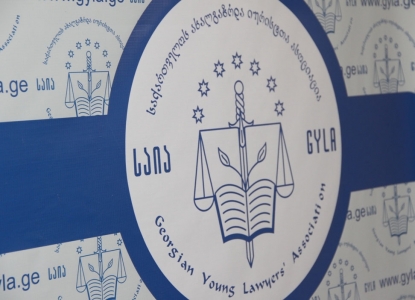 Georgian Young Lawyers' Association has released the results of criminal trial monitoring according to which, the rate of unsubstantiated bail and remand detention has increased significantly.

The results were presented by the Chairperson of GYLA Sulkhan Tsuladze. The GYLA's monitoring covers the issues about criminal proceedings and key trends in the period between March 2019 to February 2020.

"For the last two reporting periods, the number of defendants appearing before the first court hearing with the status of the detainee has been rising significantly. In particular, out of 686 defendants, 518 (76%) appeared before the court as the detainees, which is 8 percent higher than in the previous reporting period, and if we compare the statistics of two years ago, it is 20 percent more.

As in the previous reporting period, the total number of bail and pre-trial detentions imposed as a measure of restraint accounted for 98%. The GYLA monitors attended 619 first appearance court hearings against 686 defendants. Of these, the preventive measures were used in 667 cases, of which 653 were bails or remand detention. In actuality, the courts do not apply alternative measures of restraint.

GYLA attended 213 pre-trial court hearings reviewing the expediency and lawfulness of the remand detention. The court left the imposed measure of restraint unchanged in 195 (92%) cases out of 213. In 155 (80%) cases, the court did not substantiate or insufficiently substantiate why the custody was required. In 18 (4%) of the 213 cases, the court changed the pre-trial detention of the accused with bail", - reads the report.