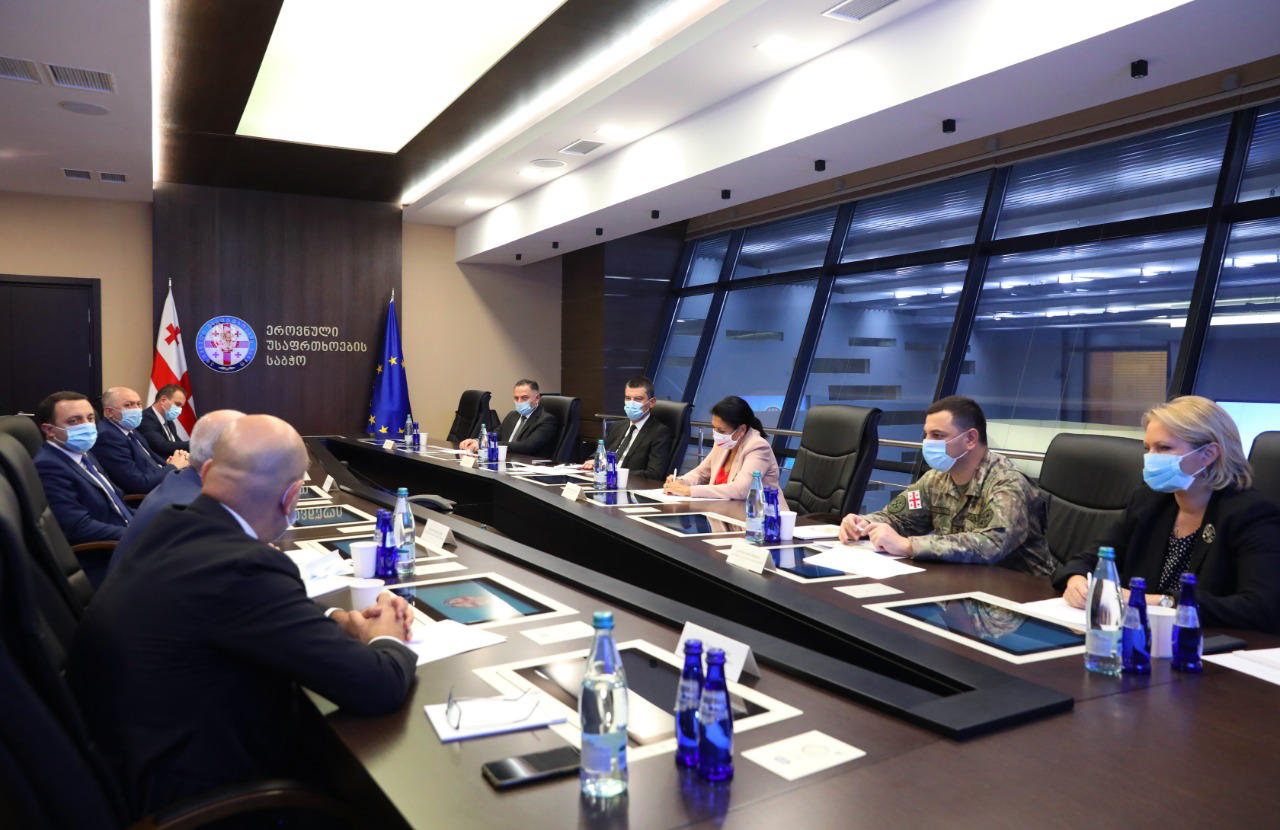 The National Security Council of Georgia has issued a statement regarding the military confrontation between Azerbaijan and Armenia.

"Today, the National Security Council of Georgia held a meeting to discuss the renewed armed confrontation and the state of affairs between Azerbaijan and the Republic of Armenia.

The meeting discussed the dire situation caused by the conflict which, unfortunately, has claimed lives, with the further escalation of the situation poised to have a serious negative impact on regional security.

We once again urge the Co-Chairs of the OSCE Minsk Group, and international actors, to take all necessary measures to stop the violence and resume dialogue.

Georgia enjoys good neighborly relations with Azerbaijan and Armenia. We seek to maintain and further strengthen these relations.

Georgia has always prided itself on the peaceful coexistence of Georgians and different ethnicities, including Azerbaijanis and Armenians, which is our common achievement requiring great care and shared commitment.

Amid the current crisis between Azerbaijan and Armenia, we cannot allow individual destructive forces both in and outside Georgia to cast a shadow over our friendship and historical experience.

In light of the foregoing, the Georgian side reaffirms its readiness to contribute, in any form, to the defusing of tensions, including by facilitating dialogue and hosting a meeting of representatives of the conflicting sides in Tbilisi, if need be.

For years, the Georgian side has been and continues fulfilling its international obligations with due diligence, including in relation to its neighbors, Azerbaijan and Armenia. In particular, Georgia’s transit function is an important factor for the economic functioning and development of both said countries, and that, naturally, serves Georgia’s interests as well.

Presently, civilian goods and cargo are transited through Georgia safely, without obstacles, in all directions, including to Azerbaijan and Armenia. The intensity of freight transport is high, and it has not changed since the resumption of the armed conflict.

Notably, since the escalation of the conflict, Georgia has not and will not impose any restrictions for the purposes of civilian cargo air transportation.

In addition, because of the ongoing military engagement between Azerbaijan and Armenia, the Government of Georgia, since the inception of escalation, temporarily suspended the issuance of permits for transiting military cargo through its territory in the direction of both said countries, be it by air or land. This decision was duly communicated to both sides.

As for all other types of international transit transportation, the Georgian side is scrupulously observing its international obligations.

It is in our common interests to stop the armed confrontation and restore peace in the region as soon as possible," reads the statement.