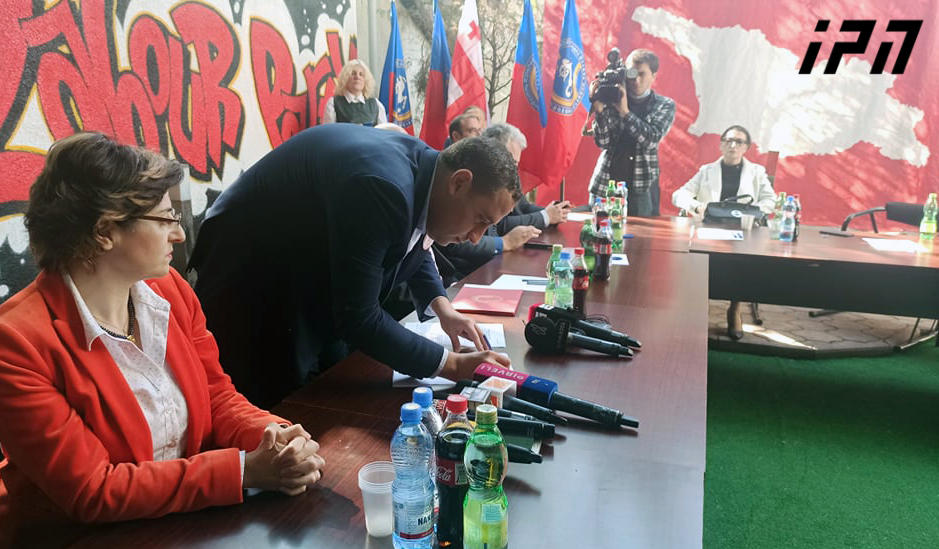 Opposition political parties have agreed not to form a coalition government with the Georgian Dream-Democratic Georgia party.

The agreement was signed today in the office of the Labor Party. As the leaders of the political parties said, this is an unprecedented agreement by which the opposition politicians also agree that the opposition should be united against this government.

"Cooperation between the opposition today and the coalition partners tomorrow will be the key to bringing goodness to the country", - said Giorgi Vashadze, leader of Strategy Builder.