Mikheil Saakashvili on Bidzina Ivanishvili's departure from politics: He will really have to leave and hand over power to the opposition coalition 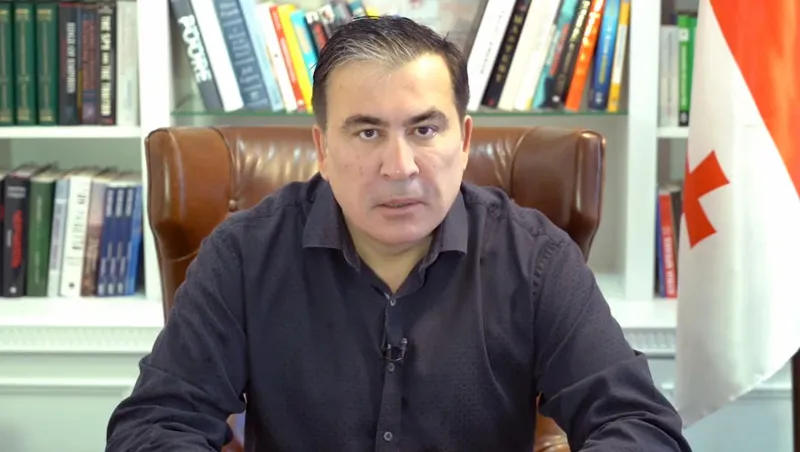 According to the third president of Georgia Mikheil Saakashvili, Bidzina Ivanishvili will definitely have to leave politics and hand over power to the opposition coalition.

As Saakashvili states in his Facebook video address, Bidzina Ivanishvili has been "informally running a repressive apparatus" for 8 years.

"I've read Ivanishvili's so-called statement of departure. How many times should this really stupid person consider the Georgian population foolish? How many times should he think that Georgia does not have a society and does not have the ability to evaluate and analyze?! How many times is he going to laugh at us. Now he is talking about the fact that it turns out that the 2012 elections were rigged, but if it was rigged, how was he handed over the government?! He says that now the elections were well conducted, which he lost and instead of handing over the government to the winning opposition coalition, he put it in his pocket. I was mostly concerned when he said that it turns out that poverty in Georgia is an objective reality that we have to put up with. Sorry, no! Poverty is a direct result of the fact that he has taken 5 billion out of the pockets of the Georgian population in the last 8 years. Poverty is a direct result of the fact that he paused and stopped the country - economic growth in the country is zero percent. The direct result is that the GEL exchange rate has fallen exactly twice. The direct result is that the population of Georgia is drowning in debt, the main debtor and banker is Ivanishvili, he is making money out of this hardship. The direct result is that there is nepotism and if you do not have a relative, a boss in his gang, you can achieve nothing. You can not get a normal job and you can not get a contract. This is a direct result of the injustice and illegal system that prevailed in Georgia. The direct result is feudalism, the division of the country into serfs and millionaires. He will not succeed in his plan to expel most of the population of Georgia abroad, as he calls for. He will indeed have to go, but not with handing over authority to his subordinates. We all know very well that he runs prosecutors, judges, police officers, SSG, who are paid through envelopes every month, and this has nothing to do with either the official government or the position. He has been running the repressive apparatus informally for so many years. He will really have to leave and hand over power to the Georgian people, who defeated him in the parliamentary elections with a big advantage, despite bribery, intimidation and fraud", - says Saakashvili in his address.